Lorraine remained on as a RNPA member after her husband Neil's passing. A memorial service will be held for Lorraine on June 27th at the Cremation Society of Minnesota-Edina…..please see below.

Potts, Lorraine P. Age 95 of Hastings, Edina and Richfield, passed away November 2, 2020. Due to Covid, memorial services were postponed. We are now inviting family and friends to a Celebration of Life on Sunday, June 27th, 2021. Visitation at 11:00 with services at Noon. Please join us for lunch following the service where we can honor her memory with love and laughter. Cremation Society of Minnesota-Edina, 7110 France Av. S., Edina, MN 55435. cremationsocietyofmn.com

Potts, Lorraine P. Age 95 of Hastings, Edina and Richfield, passed away November 2, 2020 of complications from old age & Covid-19. She was predeceased by her wonderful husband, Neil E. Potts. Lorraine was the "Energizer Bunny" and memory-maker of the family. As a child, she was known as "Little Lorraine", the Shirley Temple of Chicago, helping support her family through the Depression, singing and dancing in theaters and nightclubs. She devoted her life to creating remarkable experiences for her family and cultivating an astounding number of close friends. She volunteered decades of time and energy to numerous causes, including MSP Airport Foundation Travelers's Assistance, Courage Kenny Foundation and the American Heart Association. She was most proud of her numerous trips around the world delivering adopted children to their new families in the United States. Awarded State Champion Horticulturalist, Lorraine and Neil cultivated gorgeous gardens that brought thank you notes from strangers and their home was never without exquisitely arranged flowers. "Pottsy", as the neighbor kids called her, never did anything half-way and always celebrated the beauty and adventure of life! She will be truly missed by her devoted son, Randall Potts, her daughters, Becky Potts (Glendon Ayer) and Carol Potts- Werket (Jim Werket), beloved grandsons, Neil Werket (Rebecca) and Eric Werket, and four adorable "greats", Carter, Mason, Zoe and Amelia Werket; plus, countless other friends and relatives. A Celebration of Life will be held at a later date due to Covid, but please raise a toast today to a beautiful woman and a life well-lived! In honor of Mom's 30 years of service and Shining Star award, consider a donation in her name to airportfoundation.org. Cremation Society of 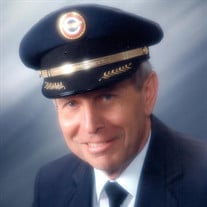 Notification with the passing of retired Northwest pilot Captain Jerome Dale Weibel, age 83.  Captain Weibel first joined Northcentral Airlines, made the various mergers and retired with Northwest Airlines.  He is survived by his wife Mary Lou, his children and his grandchildren.

Parrott Funeral Home & Crematory of Fairburn, Georgia was entrusted with arrangements…please see below.

Jerry has joined Our Lord and Savior, Jesus Christ.

Captain Jerome Dale Weibel passed away Saturday, May 22, 2021 at the age of 83 from a brain hemorrhage. He was surrounded by his wife and other family members.

Jerry was born in Winsted, Minnesota to the late George and Edna Weibel. Jerry was preceded in death by his parents; his older brother, Duane Weibel; and his younger sisters, Marian Schultz, Donna Preston, and Karen Dallman.

Jerry is survived by his wife of 35 years, Mary Lou B. Weibel of Fayetteville; daughter, Kim Arnoldine and husband Gary Farber and granddaughter, Alex of Naples, Florida; daughter, Charla Kay Rines and granddaughter Madison of Hopkins, Minnesota; son, Todd Jerome and Ruth Weibel, granddaughters, Abigale, Emily, and Madeline of Victoria, Minnesota; daughter, Sonja Joy Kalyani and grandson, Maxwell Kalyani of Santa Fe, New Mexico; and step-sons Charles T. and Shiela Johnson of Winder, granddaughters, Savannah Clarke of Monroe, and Haley Weese of Athens; and A. Drew and Tina Johnson of Senoia. Jerry is also survived by one sister, Barbara Janet Rosin of Gaylord, Minnesota; and his former spouse and mother of his children, Donna Paulson, of Waconia, Minnesota. Jerry will forever be remembered by his numerous nieces, nephews, extended family and friends.

Jerry enjoyed a 42 year airline career as a commercial pilot beginning with North Central, Republic, and finally Northwest Airlines, retiring at age 60 as an International Captain. During these years he held many positions in the flight training department, as well as being chosen by the FAA as a Designee Check Airman.

What a totally professional pilot and the essence of a true gentleman. Jerry’s Christian faith, his character, his love of his wife, his love of his family, as well as being a unique caring friend, are the qualities he held throughout his life. This is his final check ride and he is passing it with flying colors for what waits for him in the great beyond.

Jerry is at peace and will forever be in our hearts.

A Celebration of Life service will be held Wednesday, May 26, 2021 at 4 o’clock at the chapel of Parrott Funeral Home with Minister Craig Kingston and Minister James White officiating. In lieu of flowers those wishing may make donations to Southwest Christian Care, 7225 Lester Road, Union City, GA 30291. The family will receive friends Wednesday from 2:00 until time of the service at Parrott Funeral Home & Crematory, Fairburn. 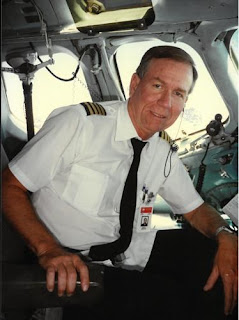 Notification with the passing of retired Southern/Republic/Northwest Airlines pilot Captain John H. Granger, age 73.  Obituary below notes his retirement with Northwest was in 2006.  Captain Granger is survived by his wife Shireen, his daughters and his grandchildren.

Services for Captain Granger will be held on June 27th in Saint Petersburg, Florida as noted below.

Obituary  : John Harwood Granger, 73, was born in Tallahassee, Fl, and passed away at home in St. Petersburg on June 12, 2021. He was preceded in death by his brothers Fred Forrest Granger IV and Richard Stokley Granger. He is survived by his wife, Shireen Cole Granger; daughters Laura Granger Ryan (Thomas) and Stephanie Ross Roman; granddaughters Cayleigh and Cristen Ryan and twin grandsons Elias and Elliott Roman.

John graduated from Leon High School and Florida State University in Tallahassee. He then became a Lieutenant in the U.S. Navy as a C130 pilot and participated in Operation Deep Freeze in Antarctica. After his time in the Navy, he was a commercial airline pilot for Southern and Republic Airlines, then retired as a Captain with Northwest / Delta Airlines in 2006. He was a voracious reader, loved taking nature photographs (a member of St. Pete Photography Group), his vacation home on Dog Island, and his Albin 32+2 Cruiser "Plane 2 Sea".

A Celebration of John's Life will be held Sunday, June 27th with the family receiving friends at Anderson McQueen Funeral Home, 2201 Dr. MLK Street North, at 12:30pm. A service will take place at 1pm and will be followed by a reception. His urn will be interred at Sarasota National Cemetery at a later date.

"To fly west, my friend, is a flight we all must take for a final check." - author unknown 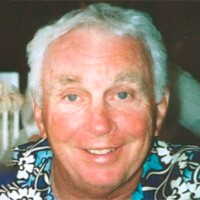 Word has reached us with news of the passing of retired Northwest pilot Captain Richard 'Dick' Eugene Simonson, age 86.  Captain Simonson joined Northwest Airlines 09-12-1964.  He is survived by his wife Irma, his children and his grandchildren.  Obituary information for Captain Simonson may be viewed online at

We understand that the Simonsons were currently living in a retirement home in Eden Prairie MN, and that Dick had been struggling with dementia related health issues of late.  Perhaps tomorrow the funeral home website will be updated with live streaming information  https://www.washburn-mcreavy.com/ ……  please see obituary information below.

Simonson, Richard E. "Dick" age 86 of Burnsville, passed away peacefully on June 6, 2021. Survived by loving wife of 56 years, Irma; children, Kaari (John) Allen, Sonya McMichael and Rolf (Megan) Simonson; grandchildren, Andrew, Michael, Jett, Preston and Ben. Preceded in death by son, Eric and parents, Pearle and Evelyn. Dick was a veteran of the US Air Force. He was a graduate of the University of Wisconsin, Madison where he played football. He retired from Northwest Airlines after 29 years as a captain. He enjoyed skiing and golf, but most of all he enjoyed spending time with his family. Memorial service Monday, June 21, 1 PM at Christ Presbyterian Church, W 70th St at Hwy 100, Edina. Everyone is welcome to attend the service in person, respecting social distancing guidelines. Livestream of the service will be available at livestream.com/… Private interment Lakewood Cemetery. If you choose to remember Dick, you may do so at alz.org (Alzheimer's Assoc) 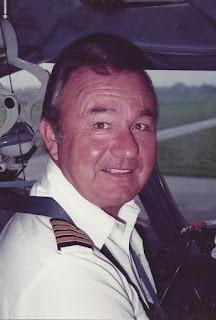 Notification with the passing of retired Delta pilot Captain BENSON “BEN” FRANK HERMES, age 80.  Captain Hermes joined Delta Air Lines 01-03-1967 and was based ATL/031.  He is survived by his wife Joyce, his children and grand- and great grandchildren.

For those who may wish to send a personal note, whitepages lists the most current family address as

Obituary  : Benson “Ben” Hermes entered Heaven‘s gates on January 6, 2021. He was born in Cincinnati, Ohio on July 2, 1940 to Frank and Elizabeth Hermes. Ben had a love of cars, travel and flying. He was a proud veteran, having served in the United States Air Force as a flight mechanic. He ultimately made a career as a Captain for Delta Air Lines. It was during his early years with Delta where he met his beloved wife, Joyce. They were together for over 43 years and enjoyed traveling the world together.

Ben had a love for his family like no other. He loved life and his friends. Ben lived life on his terms, yet was happy to leave when the Lord called him into eternal rest.

There was never a dull moment with Ben. His life was consumed with traveling, exploring and encouraging his children to always try new things. He always imparted sayings that were, at times insightful in the moment or could bring a chuckle in a time of extreme seriousness. He jokingly urged everyone to call him “Master“.

Until his last breath, Ben‘s positive outlook and sense of humor remained with him and with those who knew him.

A Private Service will be held however family is providing a live video stream of the service on Wednesday, January 13, 2021 at 1:00 PM.