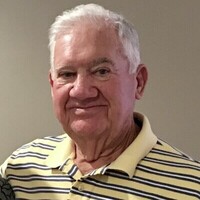 To view the obituary online and share memories please visit

Obituary………………Charles Morgan “Sonny” Kendrick Sr., a resident of Fairhope, Alabama passed away Thursday, October 1, 2020.  A graveside service will  be held at Greenwood cemetery in  Florala, AL  on October 31st at 12:00pm.

Sonny was born in Florala, AL on January 20, 1937, and graduated from Auburn University with a degree in aeronautical engineering,  while in the Air Force ROTC,  class of 1959.  He entered the US Air Force as a second lieutenant and was a fighter pilot during the Vietnam war in which he was awarded the Distinguished Flying  Cross.  He retired from the Air Force and began an accomplished career as a commercial pilot with Eastern Airlines lasting 25 years. Subsequently, Sonny,  was a test pilot for McDonald Douglas during the development of the MD-11 aircraft.  He then spent four years flying with China Eastern  Airlines,  and, finally,  was an instructor with Delta Airlines before retiring

He is survived by his wife,  Peggy.  His son, Morgan and wife Celia,  3 grandchildren , Ivy, Erin and Blake.  Son,  Craig, and grandchildren Grace and Anna. Step-daughter Kim Witte, husband  Ken , grandchildren Kyle and Tanner. Step-son Steve Bohannon and grandchildren Josh, Brooke and Cash. His brother Dr. John K. Kendrick and wife Yvonne. Many nieces and nephews and special cousins, classmates and countless friends....also the love of his life… his Shih-Tzu Missy.

His, was a life well lived, hunting, fishing, gardening, and spending much time with friends and family....helping others.

To send a flower arrangement to the family of Charles "Sonny" Morgan Kendrick, please click here to visit our Sympathy Store.

UPDATE:   We now have the web address for Capt. George Chaudoin’s obituary: https://www.brewittfuneralhome.com/obituaries/George-Stephen-Chaudoin?obId=18736331#/obituaryInfo 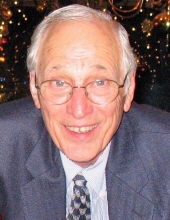 OBITUARY: George Stephen Chaudoin of Stratham, New Hampshire, passed away on Saturday, October 24, 2020, at the age of 89. George died peacefully at home, attended by his beloved wife of 62 years and his three sons.

George was born in Hillsboro, Illinois, on March 14, 1931, to his father Clarence Herbert Chaudoin and his mother Olive Depoli Chaudoin. The oldest of four children, George was the “big brother” to his younger sisters, whom he loved dearly. George had a modest upbringing in rural Illinois, taking various jobs to help his family, such as delivering ice blocks used for home refrigeration - hard physical work that taught him responsibility and resilience. During the Korean War, before he was to be drafted into the U.S. Army, George applied for and passed his physical to become a naval aviator, a decision that altered the direction of his life. During his 18 years in the U.S. Navy, including time in the Navy Reserve, he achieved the rank of Commander. Concurrently, George was hired by Northeast Airlines and began his successful 33 years as a professional airline pilot, finishing his career flying Asia Pacific routes for Delta Airlines as Captain of the Lockheed L-1011, the top of the Delta fleet.

When George, his wife Ann, and their three sons moved from Connecticut to New Hampshire in 1973, they bought a 200-acre farm in Kensington, NH, with 250 Black Angus cows. With no prior farming experience, the family began a multi-year adventure that required endurance, flexibility, and self-reliance. After his retirement, George continued his love of aviation by building and flying two single-engine airplanes. George converted the farm’s fields into a private landing strip, eventually moving his RV-10 airplane to a hanger at Pease Airforce Base in Portsmouth, NH. George’s love of aviation and exploration lasted throughout his retirement and included many global traveling adventures with his wife and family.

Kindhearted, humble, generous, and a strong defender of his wife and family, George leaves a lasting memory of love and affection. We cherish our time with him and wish him peace for all eternity.

Funeral services for Captain Chaudoin are planned for Wednesday at 11:00 AM at St. Michael Parish in Exeter NH (   https://stmichaelparish.org/   ).

Questions/concerns may be directed to the family c/o Scott at  thechaudoins@yahoo.com

And for those wishing to send condolences to the family, whitepages lists that residence address as

As more is learned we can pass along those updates. 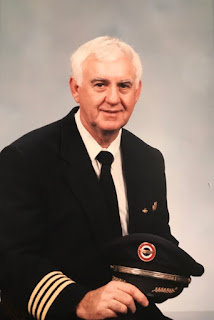 Notification with the passing of retired Southern Airways/Northwest Airlines pilot Captain Billy F. Brown, age 82.  Captain Brown is survived by his wife Betty along with their children and grandchildren.  Obituary information may be viewed online at https://www.patejonesfuneralhome.com/obituary/BillyBillF-Brown  …. also at

For those who may wish to contact the family, whitepages lists their residence as

He was a graduate of Toccoa High School in Georgia. He was also a veteran having served in the Navy. Bill retired as a pilot from Northwest Airlines after 32 years of service. He was a member and elder of the Senatobia Presbyterian Church where he served in many capacities. Bill also volunteered his time to Hope Ministries and the Mississippi Rural Water Association. Bill was a funny, generous, gentle spirit who never met a stranger. He loved being with his family and friends of all ages and walks of life.

He was preceded in death by his parents, Mell and Annie Brown and 5 siblings.

Pate-Jones Funeral Home was in charge of the arrangements. 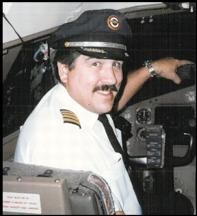 For those who may wish to send a personal note, whitepages lists the family residence as

Don was born in Tulsa OK in 1938, the eldest child of Don and Agnes Bennett. They, with Don's younger brother Paul, moved to Long Beach, CA in the early 40's, where his sister Sandy was born. Don's mother later remarried to a merchant mariner, Frank Mackay, and soon after Don's youngest sister Jeanne was born.

Growing up in Whittier, CA, Don worked in his father's restaurant where he developed a love of cooking, and spent his teenaged years building an airplane with his best friend Lonny Hoskins. The daring duo lived on the edge, pushing the boundaries of adventure and relatively harmless mischief, particularly from the vantage and access their home-built plane offered. It seems fitting that Don's future career path as a pilot took him to the Alaskan bush where he averted disasters and walked away from plane crashes more than once over the years.

Don flew a Cessna 140, an Aeronca, and other small planes while a student at East Los Angeles Jr College, before moving to Seattle in 1958 to start his aviation career. During His early career, he flew for Alaska Air, Wein, Cordova, and various Alaska bush operators. While in Anchorage, AK, he met Pauline Reed. They married and had three children, Shelley, Scott and Carrie. During these years, Don was also an avid SCUBA diver, earning his instructor level certification and diving (nights included) throughout the Puget Sound and beyond.

In 1964, Don was hired by Northwest Orient Airlines and his commercial career took off. At NWA he flew the 707, Electra, 727, DC-10, 747-200 and 747-400. His flights took him to many destinations including Japan, the Philippines, Thailand, Taiwan, Australia, Korea, Singapore and Europe.

Don remarried in 1982 to Linda Navis and they had two children, Kristin and Cory. Don and Linda resided in Redmond, WA for 36 years where they reveled in hosting an all-out annual neighborhood Halloween party for which Don could have been on a movie set, his costumes and in-character presentation were so amazing. Don's retirement in 1998, after 33 years at NWA, lead to years of 'soccer dad' support of his kids various teams, motorcycle trips with Linda and a great group of friends he met through Eastside Harley, and leisurely morning coffees and bird watching in the poolside paradise he created in his woodland yard.

We will miss the fabulous stories of his 46-year flying career and his many motorcycle adventures, his annual Father's Day BBQs which brought all the cousins together, and his subtle or not-so-subtle sense of humor.

Don is survived by his wife of 38 years, Linda; daughters Lori Hayes and her children Nerissa, Misty, Katie, and Adam; Shelley (& Frank) Buhler and their children Elizabeth and Stephanos; Carrie Scull and her children Sam and Sophia; Kristin Mackay, and his sons Scott Mackay and Cory Mackay. No services are planned at this time.

We have an update for you from Sylvia Knox, wife of William Edward Knox.

Please forgive our misunderstanding.....and please change that email contact to

An obituary can be found:  https://www.hayworth-miller.com/obituary/William-Knox

Thank you so much. 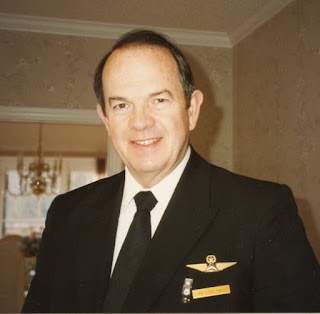 This news comes to us from the Delta Golden Wings group, the passing of retired Delta pilot Captain Eddie Knox, age 81.  From the family:  “Eddie died peacefully after a health decline of several months and eventual non Covid pneumonia at age 81.  He was surrounded by family.”  Captain Knox joined Delta Air Lines 07-08-1968 and was based Atlanta.  He is survived by his wife Sylvia plus many more dear family members and friends.

Condolences may be sent to the Knox family at

The family may also be reached by email at  eddieknox@comporium.net

Arrangements are not yet known ….as we learn more we will pass it along.

Mr. William Edward "Eddie" Knox died peacefully after a health decline of several months and eventual non Covid pneumonia at the age of 81, surrounded by his family. Eddie, as he was fondly known, was born in Winston-Salem NC to William Buren (Bill) and Ruth Ferguson Knox. He graduated from Mineral Springs High School in 1957 as a 3 sport letterman and then attended and graduated from NCSU with a BS in Civil Engineering. He remained an active alumnus even attending his 50th college reunion. Captain Knox proudly served 6 years in the USAF as part of the 454th Bomb Wing and the 901st Air Refueling Squadron-with 2 tours in Vietnam. He then became a pilot for Delta Airlines in 1968 and moved his young family to Houston Texas. He retired on the L1011 with 30 years of service. He married his high school sweetheart, Sylvia, and they were blessed to be able to spend a total of 65 years together. They travelled the world enjoying cruises and years in their RV. He loved organizing and planning fun things to do and was so good at it- from youth choir trips, teaching friends how to waterski, camping, coaching and playing basketball and softball -pitching his last game at age 75. He is survived by his wife Sylvia Moore Knox; 2 children Kathy (Burt) Dunlap of Mooresville, NC and Danny (Rosemary) Knox of Cedar Park, Texas and 3 grandsons Blake (Abby) Joel (fiancée Kara) Dunlap and Garrett Knox; brother Jimmie (Sharon) Knox of Winston-Salem and sister Ann (Mark-deceased) Triscott of Belmont, MA and many nieces and nephews he loved to be with. God, Family, Country and Community were his priorities and evident in the way he lived his life. He and Sylvia were a team always. His legacy of love and friendship is wide and vast leaving so many sad that he is no longer with us but also so blessed to have known him. He will be greatly missed. God has welcomed him home with open arms saying 'well done! good and faithful servant’. A private graveside celebration of life service was attended by immediate family on October 19, 2020 at Forsyth Memorial Park in Winston-Salem. The family so appreciates the local VFW who performed a beautiful moving tribute with military honors. Memorials may be sent to Park Point Village, 3025 Chesbrough Blvd., Rock Hill SC 29732, please designate to: PPV Samaritan’s Fund for PPV residents only.