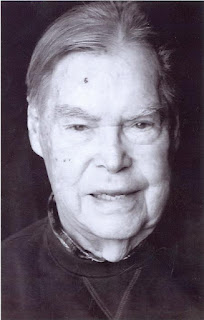 Gray B. Newman , 92, of Peabody and formerly of Wakefield died on Saturday February 4 at the Renaissance Gardens in Peabody. Born in Penns Grove, NJ on June 4, 1919 the son of the late Joseph E. and Mabel (Bowen) Newman. Mr. Newman was a raised and educated in Rehoboth Beach, Delaware and had been a Wakefield resident for since 1945. A the age of 17 he earned a commercial pilots license and went on to be a pilot for Northeast and Pan American Airlines and eventually retired from Delta Airlines. In 1968 Mr. Newman made world wide news when his Delta Aircraft was hijacked to Cuba by 3 Cuban nationals on a flight that originated in Boston. He was also a WWII veteran serving in the U.S. Army Air Corp. Transport Command. He was a member of the Private Pilots Association and a Charter member of the Quannapowitt Yacht Club. Mr. Newman was the husband of the late Marjorie (Murray). He was the father of Deborah N. Stallworth and her husband Carlton Wattie of Atlanta, GA, Jonathan G. Newman and his wife Sherry of Hope Valley, RI and Christopher G. Newman and his wife Deborah of Wakefield . He was the brother of the late Margaret Haas. He is also survived by his grandchildren Rachel, Rebecca, Adam, Joshua, Elizabeth, Timothy and Benjamin Newman and his great grandson Tyler. A Memorial Service will be held at the Centre Congregational Church, 5 Summer St., Lynnfield on Thursday at 10 a.m. Visitation for relatives and friends will be held at the McDonald Funeral Home, 19 Yale Ave. Wakefield on Wednesday from 4 – 8 P.M. Private interment will be held at the Forest Glade Cemetery in Wakefield. Memorial contributions may be made to the North East Animal Shelter 347 Highland Ave. Salem, MA 01970.
=====================
wife Marjorie:

Email ThisBlogThis!Share to TwitterShare to FacebookShare to Pinterest
Labels: NEA or NEA/DL, PAA or PAA/DL