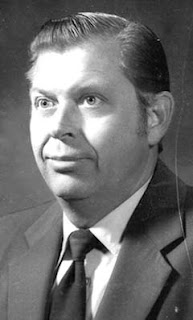 Sam was born Dec. 11, 1931, on the family farm northwest of Randolph. He attended and graduated from St. Frances High School as Salutatorian.
Sam served in the U.S. Air Force Jan. 9, 1951-Jan. 8, 1955, during the Korean War and was honorably discharged four years later. After serving his country, he attended college at Boulder, Colo. After college, he was an air traffic controller in several states.

He then became a pilot for a number of airlines, retiring after a long career with Northwest Airlines. (Repubic, Hughes Airwest)
Sam was a member of Holy Cross Catholic Church, Mesa, Ariz., and was also a member of the Knights of Columbus. After he retired, he was very active as a member of the Confederate Air Force rebuilding and flying restored WWII bombers through out the United States. His favorite plane was the B17. Sam was well known as a skilled and respected pilot.


Sam's ashes have been buried next to his father and mother in Randolph, NE at 1030 on Saturday, 3 March. Burial in NE is in accordance with Sam's instructions.

The CAF will have a celebration of life for Sam at the CAF Hangar at Falcon Field, Mesa, AZ on April 1st.   I will ascertain the times and let you know.  (From Charlie Mann...rd)