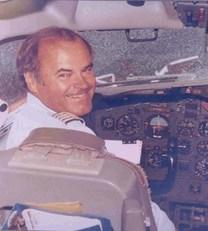 Delmar G. Hendrickson, Jr.
Our Beloved Husband, father, brother, uncle, friend, and someone you really should've known, if you didn't…
"Back in the fall of '54, toward the end of the Korean War, Del was sent home from the MP CORP and he came knockin' on my door. We meet, and something wild and sweet shivered through me, down to my feet. My heart said"Hey, this could be the guy that makes you feel like you could fly"! And sure enough, before too long, we were singing the Sandman Song.. Our song. The following June we said "I do" and then we were one, no longer two. He dubbed us, "Bo'Fus".
Del was born in Philadelphia and graduated from the University of Wisconsin-Madison in 1952. He then fulfilled his ROTC duty in Korea with the Army, Military Police Corp. spending 14 months on the DMZ line after boot camp here, protecting our soldiers. While in college he earned his private pilot's license and occasionally transported some of the Wisconsin Central Airlines Executive staff here and there-and decided he loved flying. So when he was released from active duty in September of 1954 he boarded a MATA transport plane and made the long trip back to the States, to Florida where his parents had already. He got a job at Burdine's and finished his pilot training, acquiring his commercial multi-engine and instrument ratings, ready to get started on what would be a lifelong career. He soon met Marianne Bassett and they were married on June 25, 1955, marking the end of his freewheeling bachelor days! On June 26th they left parents and friends behind and honeymooned all the way in Ann Arbor, MI anticipating the airline life as man and wife, as Del began his flying career with North Central Airlines, formally Wisconsin Central. Based first in Chicago he flew the magnificent Douglas DC-3 prop engine and after upgrading to captain and bidding into Detroit he flew the Convair 440, Douglas DC-9 and Boeing- 727 aircraft. Del and Marianne built their first home hands-on in 1956 and raised their family of three; three children, one dog, and a series of cats rescued by Missy from one or another trauma and brought home to live with us. Del's father, Del Sr. was a big help with electrical work and several friends assisted with other chores.. such as mixing concrete, hammering shingles, and painting. It came to pass that Marianne found herself pregnant and soon little Susan spent many days in her playpen on the cement floor of what was to become our living room. During these happy years Del also served as Company Check pilot, Chairman of the Master Executive Council representing the company before the Airline Pilots association, and was active in negotiating a new contract for the pilots in later years. In 1977, after 20+ years of an unblemished career they decided to move back to Ft. Lauderdale to be closer to their aging parents and to enjoy a warmer climate. There Del served out his tenure, retiring in 1983 from Northwest Airlines due to a series of mergers along the way. After retirement Del got into real estate for a time where he could indulge his interest in learning new things and continue and continue to be productive and entertained. He had many interests – he had enjoyed skiing in the northern clime, and he loved golf-he worked as a Marshall every year at the Honda Classic in Palm Beach Gardens--, scuba diving, fishing, and PEOPLE. Boating was his main love and he owned a series of Yachts the final one being "WATERWINGS", a 48' Hatteras that took family and friends on numerous trips to the Bahamas and the Florida Keys. He took Duke and Landon on a water journey search for Stiltsville one summer that nearly ended in disaster waterwings' engines and our dinghy's motor gave up the ghost and left Duke and Landon high and not-so dry, unable to get back to the boat and us unable to get to them, stranded on somebody's dock a mile away. Exciting stuff!
Del was a light-hearted fun-loving man who was always ready to tell a joke and was known for his "life of the party" attitude. Ever ambitious, at the age of 75 he built practically single-handedly a marvelous tree house for Grandson Landon, and it became a haven from the rat race for both of them. Del was adventurous---life was never boring with him--- and he will be heartily missed and loved by his family, friends, and the occasional passerby who was often the object of his friendly people-loving curiousness.
Del was preceded in death by Parents, Del Sr. and Emma; one daughter, Melissa McCormick (Randy); and a sister Beryl Mae Hendrickson. He leaves behind his wife of 57 years, Marianne; daughter Susan Harrell; son Duke Hendrickson III, ; two sisters, Vicki Funkhouser (Brad0 and Jean Carol Troike (Ernie); and two Grandchildren, Nyssa Hendrickson and Landon Weil.
There will be a memorial Service for Del on Sunday, April 28th, at 1 o'clock at Faith Lutheran Church, 1161 SW 3oth Avenue, Ft Lauderdale, FL 33312. In lieu of flowers, donations may be made to Vitas Innovative Hospice Care, 5420 NW 33rd Avenue, Suite 100, Ft. Lauderdale, FL 33309.
Posted by Unknown at 4:52 PM