Markle H Sparks (1915-2012) Markle Sparks
Markle H. Sparks, retired Delta captain, passed away on Wednesday, April 4, 2012. He was a long time resident of Park City where he moved after retiring. He loved this community and his mountains. He is survived by his children, Sidney of Conyers, Georgia, Steve, Salt Lake City, Sally of Snellville, Georgia. He left 6 grandchildren and 5 great grandchildren. Markle was born in Enid, Oklahoma in 1915. He became an instructor during WWII. After the war, went to work for Western AirLines, living in the Los Angeles area. After retiring, he moved to Park City, which he considered home. He held many records and many adventures during his flying time. 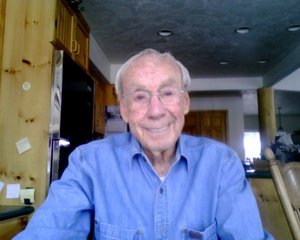 Sent: Thursday, April 12, 2012 8:09 AM            Subject: Markle Sparks
Markle Sparks (Sparky) died in Atlanta after a short illness.  He had been living with his daughter for the last year.  He loved Park City and skiied up until the last ten years.  I believe his age was 96.  He grew up in Oaklahoma and started flying at a young age and was hired with Western Air in it's Alaska operation during WW2.

Markle Sparks passed away a couple of days ago. Many of us may not have known Markle but a number of us were his friends. He was certainly a mentor of mine. He was an avid modeler and a builder of immaculate large scale miniature aircraft. Markel was in his mid nineties.
Markle was a trainer of pilots during WW II, flew for a number of years for Western Airlines and later Delta Airlines prior to his retirement.
R.I.P.
Jan    (Ute Radio Control Assoc in Utah)
Posted by Unknown at 6:20 PM