Word has been received of the passing of Deborah Sherman,
wife of retired WA/DL SLC 73N
pilot Captain Craig Sherman.

You may also reach Captain Sherman at his email address:   caskeez2@gmail.com 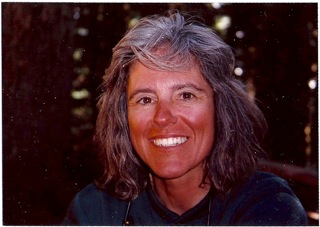 
1951-2012
Deborah Gay Sherman, nee Malpee, passed away unexpectedly Jan 11, 2012. Debbie had been experiencing very difficult health issues in recent years that sadly overwhelmed her in the end.
Debbie was born July 26, 1951 to Gus Malpee and Ruth Malpee of Manhattan Beach, California. Debbie graduated from the University of Southern California. She had been a Peace Corps volunteer, then a recruiter for the Pease Corps, and high school teacher. Debbie was named Miss Drill Team USA in 1969 when she led her Mira Costa High School Drill team to victory in a national competition.
Debbie moved to Park City from Redondo Beach, California with her husband, Craig Sherman, in Dec. of 1989. A consummate athlete, she exchanged the southern California ocean related activities for skiing, climbing and mountaineering at which she excelled. She climbed extensively with her husband in Utah, California, Wyoming and Alaska. She also traveled to South America and the Dolomites of northern Italy, which became her favorite climbing destination. She will be sorely missed by all who knew her. A celebration of life ceremony will be announced in the coming weeks.
Personal condolences to husband Craig Sherman, 3120 Daybreaker Drive, Park City, UT 84098.
Published in The Park Record on May 5, 2012.
Posted by Unknown at 8:39 PM