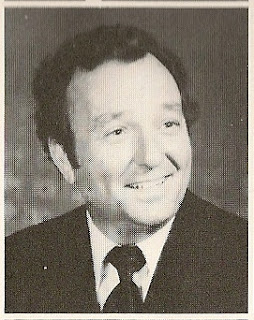 Notification of the passing of WA/DL pilot Capt. Dixon Lamar Carter, age 74.  Captain Carter hired on with Western Airlines 06-05-1962.  He is survived by his wife Angeline.  To the best of my knowledge personal condolences may be sent to the family at
10069 Glenstone Circle, Highlands Ranch  CO  80130-8014.
Thank you,
~ Carol PCN comm.
To view/sign the online guestbook please visit
http://obits.dignitymemorial.com/dignity-memorial/obituary.aspx?n=Dixon-Carter&lc=2556&pid=158097977&mid=5140655&locale=en-US
Dixon Carter passed away on June 15, 2012.
He was born in Elba, AL on November 25, 1937. His family moved to Syracuse, NY where he grew up.
He began his lifelong love of flying when he attended Northrop Aeronautic Institute (currently Northrop University) in Long Beach, CA.
He began his career as an airline mechanic then became a pilot.
During his time as a pilot, he worked for Western Airlines, which then became Delta Airlines. He rose through the ranks and was a supervisory pilot then a chief pilot. He retired from Delta Airlines in 1993.
He is survived by his wife, Angeline; daughters, Christina, Caroline, Michelle, Kathy, Lorie, Mary; brothers. Art (Karen) Carter, Larry (Marilyn) Carter, Bernie Carter; sister, Margaret (Erwin) Schnell; 10 grandchildren and numerous nieces and nephews.
He was preceded in death by parents, Henry and Nettie Carter; son, Anthony; brothers, James Carter, Frank Carter; sister, Nell Florence.
Posted by Unknown at 2:52 AM