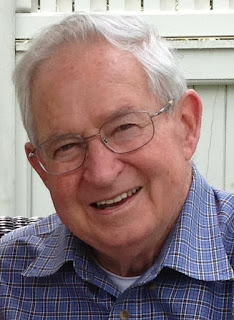 Army Air Corps veteran and retired NEA/DL Captain Lucien Albini Fradette was 86 years of age at the time of his passing July 27, 2012.   Captain Fradette hired on with Northeast 06-15-1953 and retired at the mandatory age 60 in 1985 and was MIA/ATL based with Delta.  To view/sign the online guestbook please visit the funeral home website at
http://www.deefuneralhome.com/  Predeceased by his wife in 2006, wife Janet was a former NEA stewardess.   Captain Fradette most recently resided at  147 Indian Pipe Lane,   Concord  MA 01742-4719

Personal condolences may be sent to the family
c/o daughter Lee Anne:  Lee Anne Moehlenkamp
403 Main Street ,  Hingham  MA  02043-2859
Obituary
Lucien Albini Fradette, 86, of Concord, died July 27, 2012. He was predeceased by his wife Janet and beloved son Curt and is survived by two daughters, Kimberly Sawyer of Boulder, Colorado and Lee Anne Moehlenkamp of Hingham, six grandchildren, Kaylee and Chase Pickett, Olivia and Hayden Sawyer, and Tucker and Boden Moehlenkamp. Lucien was born in Lawrence, Massachusetts on October 27, 1925, spent his childhood in Lexington and moved to Concord as a young adult to raise his family. Lucien was a pioneer in aviation. As a school boy he dreamed of flying. He enlisted in the Army Air Corps and was deployed to Saipan near the end of World War II. The war ended before he was able to begin flight training but Lucien fulfilled his dream of flying by obtaining his pilots license through the GI bill in 1946. Luciens aviation career began with East Coast Aviation as a crop duster spraying farm crops from Nantucket to Maine in one of the original open cockpit Stearmans as well as in helicopters as the first commercial licensed helicopter pilot in Massachusetts in 1952. Lucien then began his distinguished career in the commercial airline industry with National Airlines followed by Northeast Airlines and Delta Air Lines. He became a captain at a very early age and during his nearly 40 year career he was licensed to fly many different types of aircraft ranging from the DC-3 to the L-1011 jumbo jet. After 32 years with Delta Air Lines he retired at the required age of 60 in 1985. Above all he was a most devoted father who spent all of his free time with his children, encouraging them to take risks and seek out new experiences. Luciens great sense of curiosity and adventure lives on in his children and their children today. Visiting hours will be held on Friday, August 3rd at the Dee Funeral Home, 27 Bedford Street, in Concord from 4pm to 7pm. The celebration of his life will be held on Saturday, August 4th at the Holy Family Parish in Concord at 1pm followed by a burial in the Sleepy Hollow Cemetery. Arrangements are under the care of Charles W. Dee and Susan M. Dee, Dee Funeral Home of Concord. For directions or to share a remembrance in his guest book please visit www.deefuneralhome.com

======================
Name: Janet L. Fradette
State of Issue: Massachusetts
Date of Birth: Sunday  March  22, 1936
Date of Death: Tuesday  February  21, 2006
Age at Death: 69 years, 10 months, 30 days
Janet L. (Haskell) Fradette, 69, died Tuesday, Feb. 21, 2006, at her home. She was the wife of Lucien Fradette.
She was born in Pepperell on March 22, 1936. Mrs. Fradette graduated from Bay State Business School.
Mrs. Fradette was employed as a secretary at Sanders Associates in Nashua, N.H. She then became a flight attendant for Northeast Airlines before settling in Concord to raise her family. After her children were grown, she worked at Bear-In-Mind for several years, and most recently, at Artinian Jewelry in Concord, where she enjoyed the friendship of her co-workers and customers.
In addition to her husband, she is survived by two daughters, Lee Anne Fradette of Concord, and Kimberly Pickett of Littleton, Colo.; two grandchildren; and a sister, Jean Pompea of Punta Gorda, Fla.
She was also the mother of the late Curt Fradette.
A funeral Mass was offered on Feb. 25, at Holy Family Parish in Concord. The celebrant of the Mass was her cousin, The Very Rev. Gregory J. Hoppough, C.S.S., S.T.D. Burial was in the family burial plot in Sleepy Hollow Cemetery, Concord.
For those who wish, contributions in Mrs. Fradette's memory may be made to the American Cancer Society, 30 Speen St., Framingham, MA 01701, or the American Heart Association, 20 Speen St., Framingham, MA 01701.
Arrangements were under the care of the Joseph Dee & Son Funeral Home in Concord. For online guest book, visit www.deefuneralhome.com
Posted by Unknown at 3:30 PM