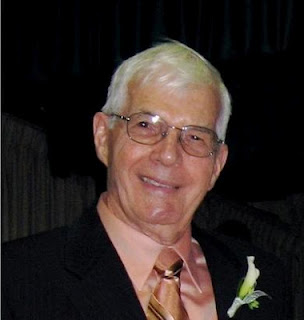 Notification of the passing of PAA/DL pilot Calvin L. Wood, age 79.  Calvin Layfayette Wood hired on with Pan Am 09-12-1966.
To view/sign the online guestbook please visit
http://www.legacy.com/obituaries/tcpalm/obituary.aspx?n=Calvin-Wood&pid=158924554#fbLoggedOut
or the funeral home website at http://www.coxgiffordseawinds.com/
Survived by his wife MaryAnn, however I wasn’t able to determine a good mailing address for condolences to the family.  If anyone has more information to add, please let me know and I will post the updates on our blog site.
Thank you,
~ Carol
~~~~~~~~~~~~~~~~~~~~~~~~~~~~~~~~~~
Calvin Lafayette Wood
Obituary
Calvin Lafayette Wood, 79, died Aug. 2, 2012, at the VNA Hospice House, Vero Beach. He was born in Blountstown, and raised in Jacksonville Beach. He lived in Lancaster, Pa., since 1967, and was a part-time resident of Vero Beach for 12 years before recently relocating here full-time. He graduated from Fletcher High School in Jacksonville Beach, and later graduated from Jacksonville Junior College. He served in the Air Force and Air National Guard, retiring in 1975 as a lieutenant colonel. He also worked as a commercial pilot for 25 years for Pan Am and Delta Air Lines. He was a member of the American Contract Bridge League and Jacksonville Beach Volunteer Lifesaving Corps. He was a member of St. Peter's Lutheran Church in Lancaster and attended First Covenant Church in Vero Beach. Survivors include his wife of 56 years, Maryann Wood; sons, Jeffery Wood of Blue Bell, Pa., and Scott Wood of Carlsbad, Calif.; daughter, Angela Boling of Vero Beach; brother, Leonard Wood of Atlantic Beach; and seven grandchildren. He was preceded in death by one brother and five sisters. Services: A memorial service will be at 4 p.m. Aug. 5 at First Covenant Church in Vero Beach. Inurnment will be at Jacksonville National Cemetery at a later date. Arrangements are by Cox Gifford Seawinds Funeral Home & Crematory. A guestbook is available at www.coxgiffordseawinds.com
.Published in the TC Palm on August 4, 2012.
Posted by Unknown at 3:30 AM