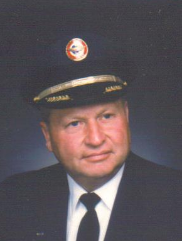 Notification of the passing of North Central/Republic/NWA pilot Captain Jerome “Jerry” B. Neumann, age 82.
To view/sign the online guestbook please visit http://postbulletin.com/news/stories/display.php?id=1505536  You may also visit the funeral home website at http://www.schadandzabelfuneralhomes.com/  Services were held August 22nd in Plainview MN.  Captain Neumann is survived by his wife Mary.  To the best of my knowledge personal condolences may be sent to their residence at 21759 Omeara Terrace Apt 111 , Ashburn  VA 20147-6749  or c/o of daughter Patricia at PO Box , Ashburn VA 20146-1063.
Obituary:
Jerome “Jerry” Bernard Neumann, 82, died Tuesday, Aug. 14, 2012, at his home in Ashburn, Va.
Jerry was born in Adams, Wis., Dec. 25, 1929, to Ben and Grace (Toschner) Neumann. He graduated from Sparta High School and attended college in La Crosse. His life was full of challenges, but always met with a positive attitude and ready to make a change, such as 15 moves to benefit his family. He had a paper route at 12 years old, worked as a projectionist at the local movie theater at age 16, while learning to fly out of a book. He learned to be an aerial acrobatic pilot with a WacoYMF5 and enjoyed giving rides. He was a radio announcer for WCOW, a local radio station, and was a railroad telegrapher for the Chicago NorthWestern Railroad for 9.5 years.
Jerry married Mary Walch of Plainview, on Nov. 21, 1957, at the St. Joachim’s Catholic Church in Plainview. On April 22, 1957, he was hired by North Central Airlines, later Republic Airlines and then Northwest Airlines. He was in command of DC3’s, Convair 440, Convair 580, DC9 and Boeing 727 & 757. He retired from Northwest Airlines Jan. 5, 1990.
Jerry and Mary owned several farms over the years. At the first farm in Grayslake, Ill., the Angus operation was started in 1969. He moved to Stone Arc Farm in Monroe, Wis. His family showed Angus cattle nationally and had a National champion in the Bred and Owned Division. Organic farming was started and continued to the smaller farm in Redmond, Wash. There, Jerry enjoyed gardening and retirement.
Jerry was active in the Catholic parishes as an adult altar server, lector, and extra ordinary minister. Due to health challenges, he and his wife, Mary, in October 2011, moved to Ashburn, Va., with daughter, Patty, son-in-law, Dave and grandson, David II who cared for Jerry until he passed away. Jerry was a member of Our Lady of Hope Catholic Church in Potomac Falls, Va.
He is survived by his wife, Mary; sons, Bernard (Tracey) of Elgin Ill., and Michael (Laurie) of Wheaton, Ill.; daughters, Pamela (Robert) Jacobus of Wenatchee, Wash., and Patricia (David) Falsetto of Ashburn, Va.; 22 grandchildren; and three great-grandchildren.
He was preceded in death by a son, Thomas and parents, Ben and Grace Neumann.
The funeral Mass will be held Wednesday, Aug. 22, at 11 a.m. at the St. Joachim’s Catholic Church in Plainview, with Father William Becker officiating. Burial is at the St. Joachim’s Catholic Cemetery.
The visitation will be held Tuesday, from 4 p.m. to 7 p.m. at the Schad & Zabel Funeral Home in Plainview, and one hour prior to the service at the church Wednesday. A rosary will be recited at 4:15 p.m. Tuesday at the funeral home.
The Schad & Zabel Funeral Home in Plainview is in charge of the arrangements. www.schadandzabelfuneralhomes.com
Posted by Unknown at 8:04 PM