Fairley Ray Gooch
April 17th, 1945 - September 6th, 2012
Obituary:
GOOCH, Fairley Ray, 67 years old, of Roswell, GA, died suddenly on September 6, 2012. A beloved husband and father, Mr. Gooch is survived by his wife, Barbara Finigan Gooch, daughter, Elizabeth Gooch and her partner, Lisa Fierman, and son, Thomas Gooch and his wife, Liu Yue, and granddaughter, Maia, all of Atlanta. He is also survived by his sister, Judy Gooch, and brother, William Gooch, both of Denver, Colorado, and five nieces and nephews. His sister, Glenda Ross, died earlier this year.
Fairley attended North Point Community Church, Alpharetta, GA. An avid pilot, he flew for Western Airlines and retired as a captain from Delta Airlines. Mr. Gooch served as a 1st Lieutenant in the U.S. Army during the Vietnam War and was awarded the Bronze Star. He attended Emory at Oxford and graduated from Georgia State University in 1972.
A memorial service will be held at Northside Chapel, 12050 Crabapple Road, Roswell, Georgia, on Wednesday, September 12th at 7:00 p.m., with visitation from 5:00 to 7:00 pm. An interment service will follow on Thursday, September 13th at 11:00 a.m., at Salem #1, Sugar Hill Church, located on Highway 60 at Skeenah Gap Road, Fannin County, Georgia.
In lieu of flowers, please send contributions to the Wounded Warrior Project, P.O. Box 758517, Topeka, Kansas 66675. 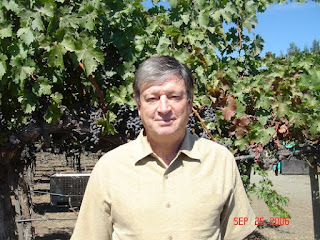 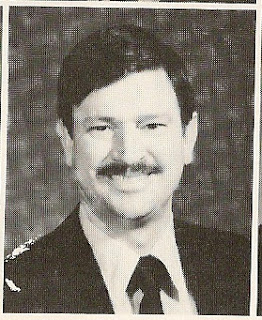 Word has been received that WA/DL pilot Capt. Fairley Gooch died Thursday, September 6th when his Lancair IV light aircraft (N1126V) crashed while attempting to land at Winnsboro Municipal Airport in LA.  I have not seen a complete obituary but I believe Captain Gooch was originally from Georgia.  He attended GSU, Emory at Oxford, and Gordon Military High School, Barnesville GA the class of 1963.  I believe he was a Viet Nam veteran and received a Bronze Star Medal in 1969.  Captain Gooch hired on with Western 04-12-1976 and retired with Delta, based ATL.
Visitation and services will be held Wednesday evening, September 12, 2012, Northside Chapel Funeral Directors and Crematory, 12050 Crabapple Road, Roswell GA 30075 http://www.northsidechapel.com/


To view/sign the online guestbook please visit the funeral home website at http://www.northsidechapel.com/

http://www.northsidechapel.com/     770-645-1414
Email: info@northsidechapel.com
Name:  Fairley Ray Gooch
April 17th, 1945 - September 6th, 2012
Cemetery:
Sugar Hill Baptist Church Old Cemetery , Dahlonega  GA
Visitations: 5:00PM to 7:00PM on Wednesday, September 12th, 2012 at Northside Chapel Funeral Directors and Crematory
Services:  7:00PM at Northside Chapel Funeral Directors & Crematory on Wednesday, September 12th, 2012
Northside Chapel Funeral Directors and Crematory
12050 Crabapple Road
Roswell GA 30075
Phone: 770-645-1414
Email: info@northsidechapel.com
http://www.examiner.com/article/retired-delta-pilot-dies-winnsboro-la-crash-of-kit-built-lancair-iv-plane
Retired Delta pilot dies in Winnsboro, La. crash of kit-built Lancair IV plane
Fatal Aircraft AccidentsSeptember 8, 2012
A 67-year-old retired Delta Air Lines pilot, Fairley Ray Gooch of Roswell, Ga., died on Thursday, September 6, 2012 at 1:30 p.m. when his experimental kit-built Lancair IV light aircraft, tail number N1126V, crashed while attempting to land at Winnsboro Municipal Airport in La., as reported by the Aviation Safety Network, The News-Star, KIVE-TV, and other media sources.
The airport, FAA designation F89, is located 1 mile east of Winnsboro, La. in Franklin Parish, a small community with a population of 4,910 people. It has a single 3,000-foot asphalt paved runway. There are 60-foot high trees located 1,200-feet from the runway, and 250-feet to the left of centerline.
Average airport operations are 74 flights per day. There are 20 planes based at the facility, including 1 jet, 1 multi-engine aircraft, and 3 ultralight planes.
The 4-seat, low wing home-built aircraft came to rest in a grassy field near the runway. It had apparently impacted nose first, breaking off the engine and destroying most of the cockpit, as well as fracturing the fuselage near the tail of the plane.
According to Franklin Parish Sheriff Kevin Cobb, the pilot died at the scene from blunt force trauma. There was no fire following the impact. Weather at the time of the accident was sunny and clear, with light winds under 5 miles an hour. A photo of a wind sock at the airport showed it hanging limp and undisturbed.
The pilot had reportedly been running tests on the aircraft for several days prior to the accident. The Lancair IV, which Mr. Gooch built himself from a kit costing from $400,000 to $500,000, is powered by a 350 horsepower twin-turbocharged Continental TSIO-550 engine. The plane uses composite materials and has retractable landing gear. The kits are manufactured by Lancair International, Inc. in Redmond, Oregon.
The high performance aircraft has a cruising speed of 330 miles an hour, a stall speed of 75 miles an hour, a range of 1,550 miles, and a rate of climb of 1,500 feet per minute.
There are 48 separate accidents of the aircraft listed in the Aviation Safety Network database from May 25, 1995 to the present, 32 of which involved fatalities.
Both the FAA and the NTSB are investigating the fatal aviation crash.
We offer our sincere condolences to all those who were impacted by this tragedy.
Posted by Unknown at 2:44 PM