I wish to thank Dick Diller for passing along the sad news about Warner's passing.  Please note that this notice is published one day before memorial service on the 21st.  Mark 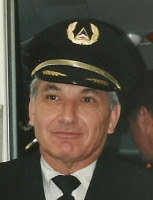 I regret to inform you of the passing of our good friend Warner James, 2801 Stinson St., Poplar Grove, Illinois. 61065

Here is his obituary and funeral arrangements from the Buck-Wheeler-Hyland Funeral Home websitehttp://www.buckwheelerhyland.com/obits/obituaries.php/obitID/245221/obit/Jared-Warner-James-III: