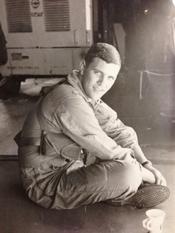 Word has been received of the passing of Air Force veteran and retired Delta pilot Captain Lorn Stanley Bortnem, age 70. Captain Bortnem hired on with Delta 07-17-1970 and retired in 2002, based DFW then JFK.

To sign the online guestbook please visit the funeral home website at http://www.deberryfuneraldirectors.com/fh/obituaries/obituary.cfm?o_id=1840542&fh_id=13043 To view the obitiuary please visit the funeral home website or the newspaper site at
http://www.dentonrc.com/obituaries-headlines/20121202-lorn-stanley-bortnem.ece
Survived by his wife Judith ‘Judy’ personal condolences
may be sent to their residence at
36 Wellington Oaks Circle , Denton TX 76210-5571 ... Home (940) 382-7732

Lorn was born on June 15, 1942 in Brookings, South Dakota to the late Lawrence and Stella Bortnem. He grew up in Brookings and attended South Dakota State University where he graduated in 1964. He attended Air Force pilot training as a Second Lieutenant at Vance AFB and flew the KC-135 in Southeast Asia during the Vietnam War. While flying for the Air Force, he met his future bride, Judith Ann Zentner in Merced, California. They were married on March 8, 1966.

Following an honorable discharge from the Air Force in 1970, Lorn was employed by Delta Airlines as a pilot for 31 years, retiring in 2002 as a Captian on the Boeing 767.

Lorn enjoyed spending his time playing golf, woodworking, cooking, and volunteering at Our Daily Bread Soup Kitchen and the Denton Jazz Festival. He also enjoyed spending time with family and traveling with friends.


Retired 767ER Captain Lorn Bortnem passed away on Friday 30 November after a battle with liver cancer. Lorn was born in Brookings, South Dakota. He attended South Dakota State University and was commissioned as a 2nd Lieutenant in the USAF upon graduation. He attended USAF pilot training at Vance AFB in Enid, Oklahoma. Upon completion of his training at Vance he went on to KC-135 training at Castle AFB in Merced, California where he met his future bride, Judy Zentner. Lorn and Judy were married in March of 1966. Lorn flew the KC-135R out of McCoy AFB in Orlando, Florida as well as Arc Light and Young Tiger missions in Southeast Asia. After his Air Force tour of duty he was hired by Delta Air Lines in July of 1970. During his 31 year career he flew out of the Miami, Dallas/FortWorth and Kennedy bases. Lorn and Judy were longtime residents of Denton, Texa and have two sons David (Johanna) and Rick (Jeanette) and four grandchildren. A memorial service for Lorn will be held at the Lake Sharon Community Church in Corinth, Texas on Monday 3 December a 4:00 PM. Lorn and Judy's home address is 36 Wellington Oaks Circle. Denton, Texas 76205.