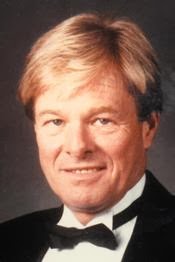 Notification with the passing of NWA retired pilot Captain Richard Darrell Cantrell, age 72.  I believe Captain Cantrell hired on with Northwest’s predecessors 11-24-1969 and would have retired with NWA in 2001.  Captain Cantrell had most recently resided at 932 Riverdale Rd.,  Ozark  MO 65721-6563.


To view the online obituary and guestbook, please visit http://www.legacy.com/obituaries/news-leader/obituary.aspx?n=Ricard-Cantrell&pid=167683773   or the funeral home website at http://www.meaningfulfunerals.net/fh/obituaries/obituary.cfm?o_id=2294432&fh_id=12076


Darrell passed away peacefully on Oct. 21, 2013 at home with his family. Darrell was born August 18, 1941 to Yale and Leona Cantrell. He enjoyed an ideal youth and would often talk about growing up in Springfield with his buddies and girlfriends; he graduated from central High School in 1959. Darrell had a love affair with cars from an early age, from a "56 Chevy to a '63 Jaguar KXE, he enjoyed nothing better than working on and driving fast cars. After graduation he joined the National Guard where he began another love, that of flying. After his service he began his piloting career with a small company in Springfield known as Sun Airlines. Captain Cantrell had a distinguished career with Sun, Southern, Republic, Northwest, and Delta Airlines. He flew many different planes, from a DC-3 to a Boeing 787 which he enjoyed all immensely, but his real joy was the friends he made along the way. Captain Cantrell flew until he retired in 2001; he split his time between Ozark, Missouri and Lighthouse Point, Florida ( he did not like cold weather). Darrell was a proud member on many philanthropic organizations; Scottish Rite of Freemasonary, Grand Lodge of Missouri (50 year member), Grand Commander of Knights Templar, Royal Arch Masons and Abou Ben Adhem Shriners. In his retirement he focused in his hot rods ( rebuilding a 1957 Chevy Special delivery), his dogs Teak, Woody, Jelly, Aspen and Luna. He would often invite his friends to his homes for their vacations and he was the perfect host. Darrell also enjoyed seeing his buddies and would often meet them out at "The Mill" for good times and to reminisce about earlier days. If there was one thing he wanted to be remembered for it would be simply being a great friend to all.


He was preceded in death by his parents, Yale and Leona Cantrell and his aunt Maxine Hays. Darrell is survived by his sister and brother-in-law, Ronda and Jerry Day of Springfield:his nephew and his family, Greg, Valerie, Branden and Bailey Day of Nixa, Aspen and Luna; and his many,many friends and loved ones, too numerous to mention. Visitation will be from 2:00 p.m. until 3:00 p.m. with services to be at 3:00 p.m. Friday, October 25, 2013 at Greenlawn North funeral Home. Burial will be in Greenlawn Memorial Gardens Cemetery.
Online condolences can be made to www.greenlawnnorthfuneralhome.com
.Published in the News-Leader on Oct. 25, 2013
- See more at: http://www.legacy.com/obituaries/news-leader/obituary.aspx?n=Ricard-Cantrell&pid=167683773#sthash.MgxxxEkL.dpuf
Posted by Unknown at 2:56 AM