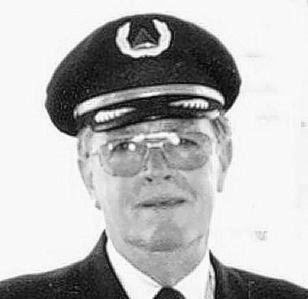 Notification with the passing of retired DL pilot Captain Edward Timoney, age 72.  Captain Timoney joined Delta Air Lines 06-19-1970 and retired in 2001.  In the mid-late ‘90s, Captain Timoney was based JFK/031 but for the majority of his career and at time of retirement he was based ATL/030.
To view/sign the online guestbook please visit
http://www.legacy.com/obituaries/palmbeachpost/obituary.aspx?n=Edward-TIMONEY&pid=170921132
I believe services were held today May 5th in Florida.  Survived by his wife Lequetta personal condolences may be sent to their residence at
595 SW Squire Johns Lane , Palm City, FL 34990-7824   ...  (772) 597-1814
Thank you,
~ Carol

``````````````````````````
Edward Timoney, 72, of Palm City, passed away April 30, 2014 at his residence. He was born in Brighton, MA and had been a resident of Palm City for 14 years, having moved from Dania, FL. He was a veteran of the U.S. Navy having served during the Vietnam War for 7 years, and was also in the Merchant marines for 3 years. He was a pilot for Delta Airlines before retirement. He was a member of St. Bernadette Catholic Church in Port St. Lucie. He is survived by his wife of 30 years, Lequetta Timoney of Palm City; daughter, Lauren Upton of Milton, MA; son, Patrick Edinger of Woodstock, GA; daughters, Joyce Hill of Aragon, GA and Lisa Shryock of Verailles, KY; 6 grandchildren; brothers, John Paul Timoney of MA and Richard Timoney of Austin, TX. He was preceded in death by his parents, Thomas and Anna Timoney; daughter, Cheryl Roberts and sister, Nancy Timoney. Mass of Christian Burial: 11:00AM, Monday at St. Bernadette Catholic Church in Port St. Lucie. Arrangements were entrusted to Forest Hills Funeral Homes, Palm City Chapel. Memorial contributions may be made to: Wounded Warrior Project P.O. Box 758517, Topeka, Kansas 66675, in Edward's Memory.
To express condolences and/or make donations: Visit  PalmBeachPost.com/obituaries
.Published in The Palm Beach Post from May 5 to May 6, 2014
- See more at: http://www.legacy.com/obituaries/palmbeachpost/obituary.aspx?n=Edward-TIMONEY&pid=170921132#sthash.w0iEHaNu.dpuf
---------------------------------
EDWARD TIMONEY
Age 72, of Palm City, FL, passed away on April 30, 2014. Forest Hills funeral Homes, Palm City Chapel, Palm City, Florida http://foresthillspalmcityflorida.com
.Published in the TC Palm on May 3, 2014

------------------------------
written by Richard Timoney... Ed Timoney of Palm City, Florida passed away April 30 2014 at his home. Born in Brighton, Massachusetts and raised in Watertown, Mass., Ed was a graduate of Mass Maritime Academy and served a year in the Merchant Marine prior to activating his commission in the United States Navy.

Ed served 8 years in the Navy including tours in Vietnam for which he received several commendations.

After separating from the Navy, Ed joined Delta Airlines where he enjoyed a 30 year career, retiring as a captain in 2001. He is survived by his loving wife Lequetta (Tee) Timoney of Palm City, Florida; daughter, Lauren Upton of Milton, Ma; son, Patrick Edinger of Woodstock, GA; Daughters Joyce Hill of Aragon, GA and Lisa Schryock; 6 grandchildren and brothers, Jack Timoney od Peabody, MA and Richard Timoney of Austin, TX. Ed was preceded in death by his parents Ed and Anna Timoney; daughter Cheryl Roberts and sister Nancy Timoney.

A memorial service was held in Palm City, Florida on 5 May 2014. Anyone wishing to remember ED, may make donations to the Wounded Warrior Project, as per his wishes.
Posted by Unknown at 8:06 PM