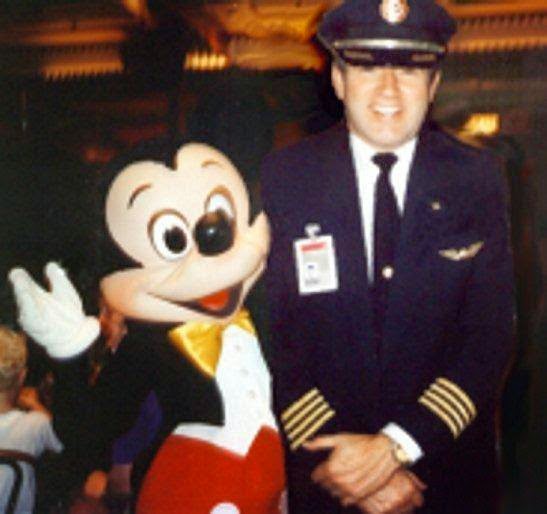 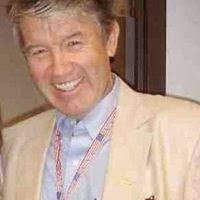 Notification with the passing of retired NWA Captain William A. ‘Bill’ Rogerson, age 69.  Captain Rogerson joined Northwest 03-05-1973.  Captain Rogerson was widowed in March of 2010 with the passing of his wife Bettye Bergin Rogerson.  The Rogersons had most recently resided at
2467 Regents Walk , Germantown  TN 38138-5808.
To view/sign the online guestbook please visit the funeral home website at http://www.memorialparkfuneralandcemetery.com/  or
http://www.legacy.com/obituaries/commercialappeal/obituary.aspx?n=WILLIAM-ROGERSON&pid=170891224
Funeral arrangements have been entrusted to Memorial Park Funeral Home and Cemetery ... (901) 767-8930.  Services will be held on Wednesday, May 7th in Memphis TN.
Thank you,
~ Carol
Obituary ~ William A. "Bill" Rogerson, 69, passed away April 25, 2014.  He was born on July 28, 1944. Bill was raised and educated in Montana, served in the U.S. Army, enjoyed a distinguished career as a Northwest Airlines Captain. He was preceded in death by his wife, Bettye Bergin Rogerson. Visitation will begin at 1:30 p.m. followed by a memorial service 2:30 p.m., Wednesday, May 7 at Memorial Park Funeral Home and Cemetery. The family requests any donations be sent to the Make-A-Wish Foundation. Memorial Park Funeral Home, "Behind the stone wall", 901-767-8930. Condolences may be offered at www.MemorialParkOnline.com
.Published in The Commercial Appeal from May 2 to May 8, 2014
- See more at: http://www.legacy.com/obituaries/commercialappeal/obituary.aspx?n=WILLIAM-ROGERSON&pid=170891224#sthash.4uNjOVIz.dpuf
~~~~~~~~~~~~~~~~~~~~~~
Obituary for Bettye Rogerson.......


BETTYE BERGIN ROGERSON, age 65, died at Baptist Memorial Hospital East on Friday, March 27, 2010, following a courageous struggle with Acute Respiratory Distress Syndrome. Bettye was born October 11, 1944, in Florence, Alabama, to HT (Bill) and Frances Bergin. She is survived by Bill, her loving husband of 37 years. Sisters, Jean Bergin Edwards (Jim) of Nashville, TN, and Sherry Bergin Timberlake (Don) of Highland Lake, AL. She is further survived by nieces, Elizabeth Timberlake Lewis (Andrew), Amy Timberlake and Jessica R. Malone; nephews, Trevor and Zachary Russell, Sean Rogerson; great-nieces, Caroline, Catherine and Rebecca Lewis, and by her loving poodle, Cydney. Bettye graduated from Sheffield High School and Florence State University in Alabama. She was the class valedictorian at both schools. She continued to the University of Alabama for her master’s degree in mathematics. The US Army Missile Command in Huntsville, Alabama, hired her as a theoretical mathematician where she continued graduate work toward her Doctorate. Bettye and Bill moved to Germantown where she worked at the Millington Naval Air Station for the US Navy. She recently retired from her position as a computer systems analyst at the Defense Contract Audit Agency after 42 years of distinguished government service. She was a member of Germantown Baptist Church and the Sunday School Class led lovingly by Bob and Betty Taylor. Bettye will be remembered by her many friends and co-workers as a gentle loving soul with a big heart, who could always be counted on in her quiet way. Funeral Services will be held at 10 a.m. on Wednesday, March 31st, at Memphis Memorial Park Funeral Home, 5668 Poplar Avenue, Memphis. Relatives and friends are welcome to the interment at Barnett Cemetery, Lexington, AL, at approximately 4 p.m. Pastor John Longworth of Germantown Baptist Church will officiate. Visitation will be at Memorial Park Funeral Home from 5 to 7 p.m., Tuesday, March 30th. In lieu of flowers, the family suggests a donation to Make-A-Wish Foundation of the Mid South (1780 Moriah Woods Blvd, Suite 10, Memphis, TN 38117) or Germantown Animal Shelter (7700 Southern Avenue, Germantown, TN 38138.) Memorial Park Funeral Home (901)767-8930
Posted by Unknown at 11:15 PM