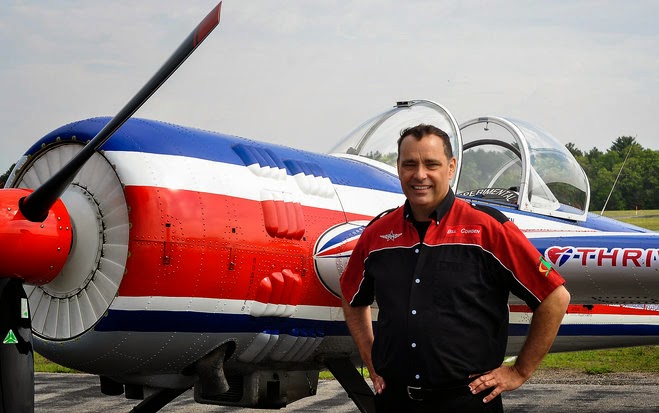 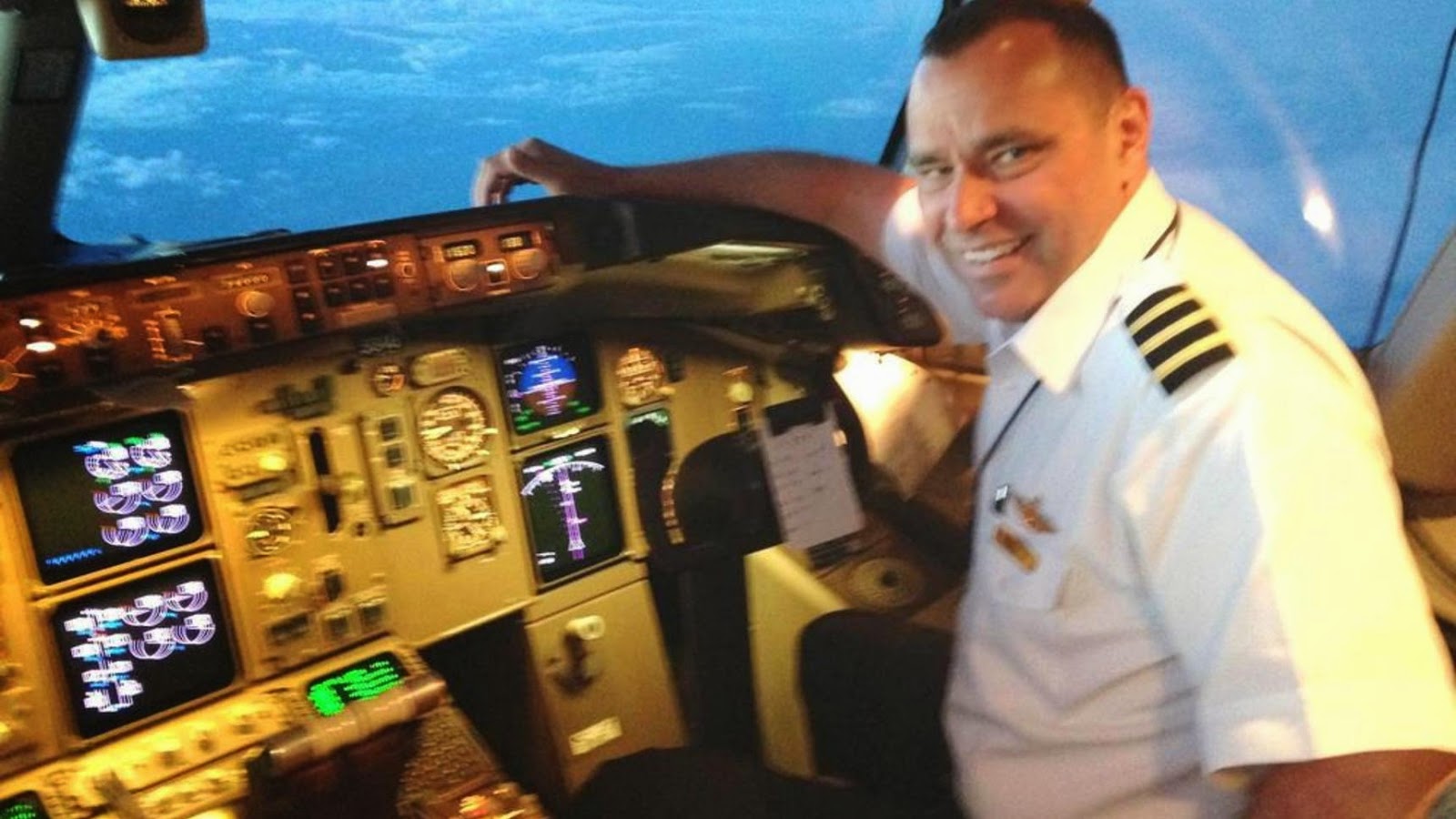 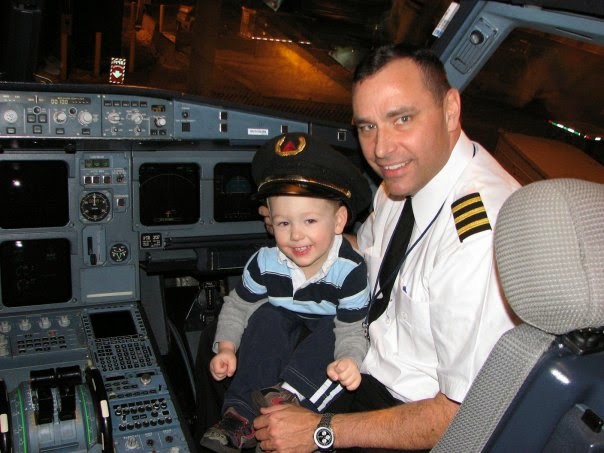 News has reached us with the passing of USAF veteran NWA/DL pilot William M. ‘Bill’ Cowden, age 47.   FO William M. Cowden joined Northwest Airlines 11-20-2000 and was currently flying the MD88s for Delta Air Lines, based MSP.  He lost his life Sunday while participating in an airshow in Wisconsin.  The various news article links listed below will give you more details of the incident.  Services for FO Cowden will be held Friday June 6th in Menomonie WI.
To sign the online guestbook please visit the funeral home website at http://www.olsonfuneral.com/ He is survived by his wife Heather Gullickson Cowden and their son Gunnar.  Personal condolences my be sent to the family at
E4571 453rd Ave., Menomonie  WI  54751-7417  ...  (715) 309-2098
Thank you,
~ Carol Faulkner, PCN death notice communicatordeath@pilotcommunication.net
http://pcnflightwest.blogspot.com/
~~~~~~~~~~~~~~~~~~~~~~~~~~~~~~~~~~~~~~~~~~~~~~
http://www.wday.com/content/stunt-pilot-who-grew-moorhead-dies-wisconsin-air-show-crash-0
Stunt pilot who grew up in Moorhead dies in Wisconsin air show crash
......By Archie Ingersoll Today at 4:37 a.m.
MOORHEAD – A stunt pilot who grew up in Moorhead and became the first in his family to graduate from college was killed Sunday during the Stevens Point Air Show in Wisconsin, making him the second aviator with local ties to die in a plane crash this year.
Bill Cowden, 47, was making the shape of a question mark with a YAK-55, a Russian-made plane, when it appeared he was pulling up, but crashed instead, said his sister, Kim Cowden.
The plane went down about 1,000 feet from the runway at Stevens Point Municipal Airport, according to the Stevens Point City-Times newspaper. The Federal Aviation Administration and National Transportation Safety Board are investigating the crash.
“Bill was an experienced pilot, so you wouldn’t think those things would happen,” said Dick Walstad, who’s on the board of directors at the Fargo Air Museum, where Cowden was on staff. “Aerobatic flying takes some special skills and a whole lot of caution.”
Cowden flew F-16s for the North Dakota Air National Guard, and he retired in 2006 with the rank of major. He later flew commercial jets for Delta Air Lines, his sister said.
Walstad said Cowden was one of 40 to 50 Delta pilots who came to the Fargo Air Museum for the funeral of Jim “Fang” Maroney, a 59-year-old Casselton native who performed in the Fargo AirSho and served as a commander in the North Dakota Air National Guard. Maroney died in March in a crash south of Knoxville, Tenn.
Born in Minneapolis, Cowden attended Moorhead High School and went on to North Dakota State University, where he became the first in his family to earn a college degree, his sister said.
Described as confident, charismatic and charming, Cowden was passionate about aviation since he was a boy. “He had a dream to be a pilot,” his sister said. “And he did the hard work to get ’er done.”
Cowden lived in West Fargo until about seven years ago, and at the time of his death, he lived in Menomonie, Wis. He’s survived by his 7-year-old son, Gunnar, and his wife, Heather.
Kim Cowden said he was a careful pilot with 25 years of flying experience and had been performing in air shows for over 10 years.
“If there’s anything that gives a little bit of solace in this time, we know he died doing something that he loved,” she said. “He wouldn’t have wanted to go any other way.”
http://chippewa.com/dunnconnect/community/obituaries/william-m-cowden/article_db6488ac-be20-5c47-9781-6216f8cd3351.html
William M. Cowden, age 47 of Menomonie, WI died unexpectedly on Sunday, June 1, 2014, in Stevens Point.
Funeral Services will take place at 11 a.m. on Friday, June 6, 2014, at Menomonie Alliance Church, 502 21st St N, Menomonie WI 54751. Visitation will be from 9 a.m. until time of service.
Olson Funeral Home of Menomonie is serving the family.  To share a memory, please visit obituaries at www.olsonfuneral.com  (715) 235-2154
http://www.jsonline.com/news/wisconsin/pilot-killed-in-air-show-crash-reportedly-flew-for-delta-air-force-b99282525z1-261522721.html
William M. Cowden, 47, of Menomonie was flying a Russian-built Yak-55M, a single-seat, single-engine plane designed for aerobatics competitions, when it crashed at 12:20 p.m. Sunday in a wooded area about 1,000 feet east of the airport runway, .............................................Cowden is a pilot for Delta and a former Air Force officer, the Eau Claire Leader-Telegram reported........................................
complete story with updates available at http://www.wsaw.com/home/headlines/Plane-Crash-Reported-at-Stevens-Point-Airshow--261442161.html
Facebook page     https://www.facebook.com/bill.cowden.560?fref=ts