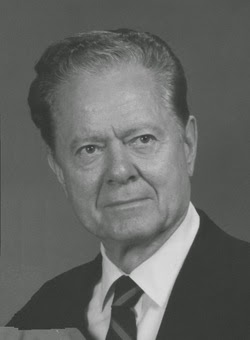 Notification with the passing of WWII veteran retired NAL/PAA pilot Captain John Randolph McDaniel Jr., age 90.
To view/sign the online guestbook please visit http://www.clementsfuneralservice.com/  Please see obituary below or visit the funeral home website for service arrangements.
Survived by his wife Athena personal condolences may be sent to the family at
8 Windflower Place , Durham  NC 27705-1957  ...  (919) 382-8339
Thank you,
~ Carol for the PCN
Life Legacy.......................
John Randolph McDaniel, Jr., 90, passed away on Monday, July 7, at Duke University Hospital. He was born in Miami, FL, on the Fourth of July in 1924 to the late John Randolph McDaniel and the late Lillian Maude Buck McDaniel. He served as a Navy pilot in WW II, and flew for National Airlines and Pan Am until his retirement.
He is survived by his wife, Athena McDaniel; daughter, Caroline McDaniel; and his son, Gregory McDaniel and daughter-in-law, Heather, 2 grandchildren and his sister Evelyn McDaniel Ward.
The family will have a funeral service at Clements Funeral Chapel Thursday at 5:30pm. A graveside service will be held Saturday, July 12 at Miami Memorial Park Cemetery in Miami FL, at 1:00pm.
The family is being assisted by Clements Funeral Service, Inc., in Durham, N.C. Online condolences may be made at www.clementsfuneralservice.com
.Published in The News & Observer on July 9, 2014