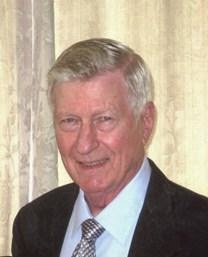 He sat alert in Germany during the Cuban Missile Crisis and later was called to duty during the Vietnam War. He was an HC140 Hercules pilot with the 39th Aerospace Rescue and Recovery Squadron at Tuy Hoa Air Base. The squadron performed combat, mercy air rescues and evacuation missions.
After returning to the U.S. he became involved with weather reconnaissance. He would fly his aircraft into the eye of hurricanes to anticipate and exploit the weather for battle.

After 21 years in the U.S.A.F. he retired as a Lt. Colonel. He went on to fly in the private sector for U.S. Air and America West Airlines. He also wrote flight manuals for Delta Airlines. His love for flying was well known by family and friends. He would often say "I have the best job in the world." His pride and joy was the Navion aircraft with a slide canopy, tail #5236K that he purchased to restore.

Upon his retirement from the airlines he settled in Parker, CO with his wife Reita. He lived a quiet life surrounded by his wife and three daughters. His family meant everything to him. He was an advocate of education – He was very proud when his each of his daughters graduated college.
Robert is survived by his wife of 55 years, Reita, and his three daughters, Barbara, Susan and Lynn, his son-in-law Doug and his only grandchild, Robert.
Posted by Unknown at 4:41 PM