We have received additional information regard services for Captain Dick Williamson.  For information/directions, McDonald & Sons Funeral Home may be contacted by email at  info@mcdonaldandson.com  or phone (770) 886-9899.   Or contact Captain Williamson’s family at  kfmallory1@gmail.com   or  tripwilliamson@hotmail.com
Please take a moment to share your story.....send your remembrances of Captain Williamson to his daughter Kristen at kfmallory1@gmail.com
The family thanks you and looks forward to hearing from you!
Thank you,
~ Carol for the PCN
Memorial blogspot   http://pcnflightwest.blogspot.com/
From: Kristen Mallory   Sent: Tuesday, October 14, 2014 4:32 AM    Subject: Dick Williamson

Dick’s memorial service is scheduled for 1:30PM on Friday, October 24th, 2014, at the Georgia National Cemetery in Canton.

When you arrive at the Georgia National Cemetery, drive to the rear of the Public Information Building and look for the lane marked “Williamson” for the procession.

Information about the Georgia National Cemetery:

Carole and family would like to thank all of you for your thoughtful emails about Dick.  We miss him every day.  I personally know Dick would be so humbled by all your kind words.  I am proud to learn more each day of the ever expanding circle of such good caring people he had along with him through his journey in life. 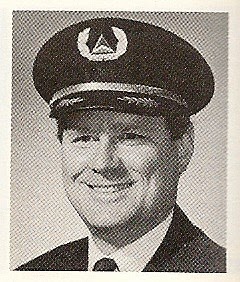 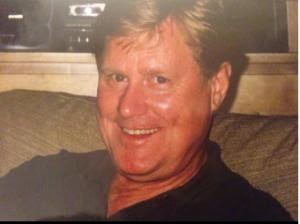 Richard Howard Williamson Jr.
Dec 27, 1941 - Sep 12, 2014
Dunwoody Ga.
Richard Howard Williamson Jr. passed away Friday, Sept. 12, 2014.
Dick, as most people knew him, was born Dec. 27, 1941, in the Brooklyn Naval Hospital. He spent his early childhood years in East Aurora, N.Y., with his mother and maternal grandparents while his father, a doctor aboard the USS Waller, was in the Solomon Islands during World War ll. After the war, the family moved to Huron on Lake Erie, where Dick was among the first to master slalom skiing.
In high school, Dick excelled in athletics such as wrestling, tennis and football. He went on to Ohio Wesleyan University, where he pledged Phi Kappa Psi and graduated in 1963. He was commissioned an officer in the Navy, where he earned his wings and joined VA176, an attack A-1 squadron. He flew missions over Vietnam on two deployments.
Dick was married to Carole Ann Ford on Dec. 29, 1966; they were married for 47 years.
Dick made the cover of Navy Magazine when he and his brother John flew on a training in Pensacola, Fla. After Dick finished his Navy duty, he had a brief employment as a pilot for Mac Trucks before joining Delta Airlines in 1969.
He was an active and loving father to daughter Kristen, born in 1968, and son Richard lll (Tripper), born in 1972.
Dick was a charismatic man with a lightning wit whose movie-star good looks could easily have him mistaken for Robert Redford. Whether tackling major home projects, restoring cars with his son, cooking amazing meals with his daughter or teaching his beloved granddaughter how to swim, there was very little that Dick couldn’t do. Everything he did was done with his signature style.
He loved his family, friends and pets — especially his German Shepherd, “OZ,” whom he lost five months before his own passing.
He was preceded in death by his mother, Ruth Janet Addington Williamson, in 1993, and his father, Richard Howard Williamson, MD, in 2004.
In addition to his wife, son, daughter-in-law (Emily McMahan Williamson), daughter and son-in-law (Joseph Gordon Mallory), Dick had four cherished grandchildren: Bryn, Macie, Owen and Bennett. He is survived by two brothers and a sister: John Charles Williamson, MD, of Austin, Texas; Ann Lynn Williamson Meier of Sylvania, Ohio; and Thomas Bruce Williamson, MD, of Huron.
A celebration of Dick’s life is planned for 1 p.m. Friday, Oct. 17, at North Point Community Church, 4350 North Point Parkway, Alpharetta, Ga.
In lieu of flowers, please make a donation in honor of Dick Williamson to the German Shepherd Dog Rescue of Georgia, P.O. Box 785, Roswell, GA 30077-0785 or via Paypal by visiting  gashepherd.org/make-a-donation.html    ( http://www.gashepherd.org/make-a-donation.html )
=============================================================
From: PCN Dir Sent: Friday, September 12, 2014 9:07 PM
To: PilotCommunicationNet@googlegroups.com
Subject:  Death of Delta Captain Dick Williamson
I wish to thank Julian Black for sharing this initial notice about the sad news concerning Dick.  We will post more info when received and publish the final notice on Flight West soon.
Mark
~~~~~~~~
Our long time friend, Dick Williamson, pass away this morning (Friday Sept 12th 2014). Some of the information is in the email below.
Julian Black
From: Dave Eberle <jde310@gmail.com>
Subject: Dick Williamson
Date: September 12, 2014 at 2:14:43 PM EDT
It's with a heavy heart that I send this e-mail telling you that Dick passed away this morning.  Gaylord has been a good friend, a great aviator and a solid Thunderbolt.  He lost his struggle with a heart infection and I'm pretty sure that right now he's up there in that 176 Ready Room in the sky with the others that have gone before him getting ready for Friday Happy Hour.
Yesterday I flew to Atlanta and John Sherrill and I visited Dick at the hospice where they've been taking really good care of him.  Dick's son Tripper joined us and we got to say our final good byes to Dick - he wasn't able to speak to us but I'm pretty sure he knew we were there and heard our words of farewell.
As soon as Carole and Trip plan arrangements for Dick, John or I will let you know.
I'll add Trip to our 176 roster and I hope both Carole and Tripper will join us at our next reunion.  You'll really enjoy meeting Trip and he's been a steady strength for Carole during Dick's illness.  BTW, Tripper is a carbon copy of Dick - they could have been twins.