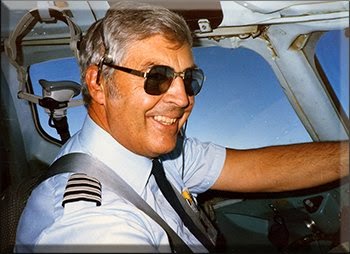 Leo Raymond Olbu lived a full and active 88 years and passed quietly in his home on September 15, 2014.  He was the only child of Zola Mae Garnsey and Adolph Victor Olbu, born July 17, 1926, and he lived his entire early life in Spokane, WA.

An excellent student, Leo attended Gonzaga University where he joined Navy ROTC in 1944.  He became a Navy pilot, starting his flying career in a Stearman biplane and qualified as a carrier pilot in the F4F Wildcat.  Transitioning to patrol and supply aircraft, Leo flew for four decades for the USNR.  When the Russians blockaded Berlin, he answered the call of duty and flew essential supplies to the people of Germany during the Berlin Airlift.  One of his warmest memories was the reunion journey to Berlin in 1999 to be honored with his fellow pilots for their service during this critical time of the Cold War.  He continued his Navy career in the reserves until he retired as Commander of the Whidbey Island Transport Squadron, VR-61T1.

While stationed at Sand Point Naval Air Base in Seattle in 1951, Leo joined a group of Naval officers who escorted the Seattle Seafair Princesses during the coronation.  Princess Dee Barbour saw the tall, dark handsome naval aviator across the room, walked up, linked her arm through his and said, “I think YOU are my escort tonight!”  They enjoyed 63 years of marriage, two children and three grandsons.

While finishing his college education at the University of Washington, Leo began a weekend job as a pilot for West Coast Airlines.  This turned into a 35-year career in the airline industry.  West Coast merged to become Air West, which became Hughes Airwest, which merged to become Republic Airlines.  After logging over 32,000 hours as an airline and naval pilot, he retired at the mandatory age of 60. His airline has since become Northwest Airlines and now Delta Air Lines and  Leo commented that, “Soon I’ll have worked for as many airlines since I retired as I did when I was flying.”

Retirement was a whirlwind of activity.  He often wondered how he had ever found time to go to work.  He and Dee were busy travelling, boating, biking, skiing and enjoying adventures with the family.

More recently, Leo could be found at computer classes, water aerobics and playing “Words with Friends” with his friends and family.  He served his community on the Citizens’ Emergency Response Team.’’

Leo was passionate about his sports teams.  Through the decades he religiously followed the ups and downs of his beloved UW Huskies, Gonzaga Bulldogs, Seattle Mariners, Supersonics and Rainiers.  Always loyal during the many years of losing seasons, the year 2014 was a highlight for him when his Seahawks won the Superbowl!

First and foremost a family man, Leo loved his wife Dee, children Leilani and Leo, their spouses Mark and Laura, and grandchildren Christopher, Justin (wife Alisha) and Kiehl.  He especially enjoyed following the journeys of his grandsons into adulthood.  They will always have a special place in their hearts for their beloved Gramps who was so supportive, kind and loving.  “Anyone can be a Grandfather, but it takes a special person to be a Gramps.” He will be greatly missed.

Arrangements were entrusted to Flintoft’s Funeral Home and Crematory.   http://www.flintofts.com/
Posted by Unknown at 2:06 AM