My father in law  Capt. Richard Fulmer past away a couple of days ago. I was forwarded a communication of this. All information appears correct except his current address.  If you could please make this change the family would appreciate it.  If you have any questions please call me.  Thank you.  Todd Armstrong 602-791-4867   out2fly@mac.com 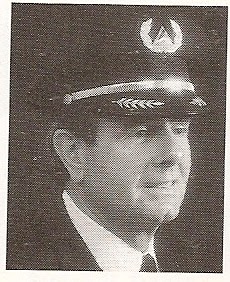 News with the passing of retired DL pilot Captain Dick Fulmer has been received.  Captain Fulmer was 74 years of age at the time of his passing.  He joined Delta Air Lines 10-03-1966 and retired July of 1997, based ATL/031.  He is survived by his wife Bobbie Molony Fulmer.  Services will be held this Friday, Nov. 14th in South Carolina.
Arrangements for Captain Fulmer have been entrusted to
J. Henry Stuhr, Downtown Chapel, of Charleston SC  (843) 723-2524
http://jhenrystuhr.com/
To the best of my knowledge the address for personal condolences to the family would be
6  50th Ave.,  Isle of Palms, SC 29451-2701
(843) 406-0053  (843) 886-6118
Thank you,
~ Carol for the PCN
Memorial blogspot   http://pcnflightwest.blogspot.com/
Obituary.................
Richard Leon Fulmer, 74, of Charleston, South Carolina, husband of Bobbie Marie Molony Fulmer entered into eternal rest Sunday, November 9, 2014 at Roper Hospital surrounded by his family. His Funeral Service will be held Friday, November 14, 2014 in St. John's Lutheran Church, 5 Clifford Street at 11:00 a.m. Interment, churchyard. Arrangements by J. Henry Stuhr, Inc., Downtown Chapel.
Dick was born December 19, 1939 in Columbia, SC, son of the late Murray Leon Fulmer and Emma Calhoun Fulmer. He was educated in public schools and graduated from St. Andrews High School. Dick enrolled in The Citadel and graduated in 1961. He was commissioned as an officer in the United States Air Force serving honorably in the Military Airlift Command. His love of flying took him to Delta Airlines where he started flying commercially in 1966. He worked for Delta for 31 years and retired in 1997. Dick returned to Charleston with a firm commitment to spend time with his family and friends and to focus on his golf game, one of his greatest passions in life.
Dick was active in a number of organizations; he was a member of the Arion Society, the German Friendly Society, and the Country Club of Charleston. He was a member and faithful attendant at St. John's Lutheran Church.
Dick grew up and fell in love with his backyard neighbor in South Windermere, Bobbie Marie Molony. They married on June 12, 1965.
In addition to his wife, he is survived by his daughters, Julee F. Armstrong (Todd), of Phoenix, AZ and Ashley F. Pace (Rodney) of Charleston, SC. He was blessed with five grandchildren, Garrett, William and Grayson Armstrong and Emma and Boyd Pace as well as numerous nieces and nephews. He is also survived by his brothers, Ronald C. Fulmer (Sally) of Columbia, SC and Thomas M. Fulmer (Sally) of Charleston, SC.
His family wishes to acknowledge the care given by Dr. David Ellison and his staff at Charleston Hematology/Oncology.
In lieu of flowers, the family requests that contributions be made to St. John's Lutheran Church, 5 Clifford Street Charleston, SC 29401 or to the Amyloid Research Program at Winship Cancer Institute of Emory University, Office of Gift Records, 1762 Clifton Rd. Suite 1400, Atlanta, GA 30322.
Posted by Unknown at 7:19 PM