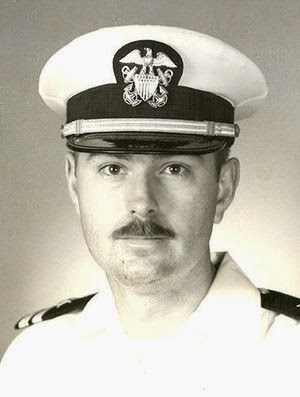 Belated notification with the passing of DL Captain LCDR (Ret) Hartwell H. Hubble, age 61.  Captain Hubble joined Delta Air Lines 11-14-1988.  His obituary notes that he was with Delta for 18 years.  Services for Captain Hubble were held November 15th in Alabama.
The online obituary for Captain Hubble may be viewed at   http://www.dothaneagle.com/obituaries/hubble-hartwell-h/article_b3cd9ae2-26f2-536a-80f6-ed91e8cd9edc.html
Sorrells Funeral Home was entrusted with arrangements. To sign the guest register you may visit their website at www.sorrellsfuneralhomes.com
Captain Hubble is survived by his wife Gail Fairchild Hubble.  Whitepages lists their home address as
115 Saint Andrews Place ,  Enterprise  AL 36330-2385.
Should we receive more information we will be sure to pass it along.
Thank you,
~ Carol for the PCN
Memorial blogspot   http://pcnflightwest.blogspot.com/
~~~~~~~~~~~~~~~~~~~~~~~~~~~~~~~~~~~~~~~~~
Hubble, Hartwell H.: Newspaper Obituary and Death Notice
Enterprise Ledger, The (AL) - Thursday, November 13, 2014


LCDR (Ret) Hartwell H. Hubble, 61, of Enterprise, Alabama took his final flight to his eternal resting place Saturday, November 8, 2014. He was 61. A memorial service with full military honors will be held at 10:00 a.m. on Saturday, November 15, 2014 in the Chapel of Sorrells Funeral Home & Crematory of Enterprise with Reverend Jim Duhaime officiating. The family will receive friends at the funeral home Friday from 5:00 until 7:00. Hartwell was born in Albany, GA on November 29, 1952 to the late Hartwell H. and Raynell Hubble. Upon graduation from Frankfurt American High School in Frankfurt, Germany, Hartwell was accepted to Warrant Officer Flight School at Fort Wolters, TX. Following primary, he completed his training at Fort Rucker, AL, receiving his wings April 16, 1973. Hartwell then married the love of his life, Gail Fairchild Hubble. With his wife by his side, he continued his military service, completing 6 1/2 years in the US Army before transitioning directly to the US Navy. He was commissioned in the US Navy at Pensacola, Florida and went on to receive his Wings of Gold in Kingsville, TX. He served as an S-3 Anti-Submarine Warfare Aviator off USS Lexington, USS Forrestal, and USS Saratoga, retiring with 20 years active duty service in 1990. After serving in the military, Hartwell was employed by Delta Airlines for 18 years, retiring as a Captain. He was owner and operator of Ordnance Depot in Daleville, AL. He was an avid reader, and his various hobbies included firearms, motorcycles, and sports cars. Hartwell was a member of Hillcrest Baptist Church. He will be greatly missed. Preceding him in death were his parents, Hartwell H. Hubble, Sr. and Frances Raynell Hubble. Survivors include his loving wife of 41 years, Gail Fairchild Hubble of Enterprise, AL; his brother, William (Bill) Hubble of Albany, GA; his sister, Elizabeth (Babe) Faircloth of Albany, GA; parents-in-law, Hazel L. and Francis M. Fairchild, Sr. of Daleville, AL; brothers and sisters-in-law: Francis M. Fairchild, Jr. (Charlotte) of Daleville, AL, Terry L. Fairchild (Laura) of Gonzales, LA, and Annette Thorpe (Rick) of Tuttle, OK; many nieces and nephews. Sorrells Funeral Home and Crematory 334-347-9598 is in charge of arrangements. To sign a guest register visit www.sorrellsfuneralhomes.com   Sign the guest book at www.eprisenow.com
Posted by Unknown at 2:34 PM