Ronald Ray (Ron) Alexander, age 74, of Griffin passed away November 17, 2016. Ron's love of flying began at the age of 14 and he received his pilot's license at the age of 17. After high school and college, he joined the United States Air Force where he served his country in the Vietnam War. The Air Force awarded Ron the Distinguished Flying Cross and two Air Medals. In 1969, he was hired by Delta Air Lines where he worked until retirement in 2002, with 34 years of service as Chief Pilot. Ron was an entrepreneur having owned and operated several businesses since 1979. In March 2004, Ron founded the Candler Field Museum, a non-profit organization. Candler Field is named after the original Atlanta airport. He is survived by his wife, Regina Alexander; daughter Julie Alexander and her husband Eric Lund, and their son Alexander; daughter Jane Smith and her husband Rod Smith, and their children Luke and Grace. Visitation for Mr. Alexander will be Sunday, November 20th from 6-8 P.M. at the Conner- Westbury Funeral Home, 1891 W. McIntosh Rd, Griffin, GA. A celebration of life will be held at a later date at Candler Field in Williamson, GA. In lieu of flowers, the family asks that you please consider making a contribution to the Candler Field Museum, 349 Jonathan Roost Rd, Williamson, GA 30292 or www.peachstateaero.com Please join her family and friends in honoring the life of Ron Alexander by visiting www.conner-westburyfuneralhome.com and posting your tributes and memories. Conner-Westbury Funeral Home, 1891 W. McIntosh Rd., Griffin. - See more at: http://www.legacy.com/obituaries/atlanta/obituary.aspx?n=Ronald-Ray-ALEXANDER&pid=182630219#sthash.LhL1Apif.dpuf

Hello everyone;  As we all deal with the loss of a great friend, the family has asked that we spread the word that the visitation for Ron will be on Sunday, November 20, 2016 from 6:00pm until 8:00pm at Conner Westbury funeral home in Griffin.
Following link to Conner Westbury where updates and the obituary will be posted later.  There will be a celebration of life at a later date, to be announced.
Conner-Westbury Funeral Home1891 W McIntosh Rd
Griffin, GA 30223
Telephone: (770) 227-2300
Email: wecare@conner-westburyfuneralhome.com
Get Details & Directions
http://www.conner-westburyfuneralhome.com/ 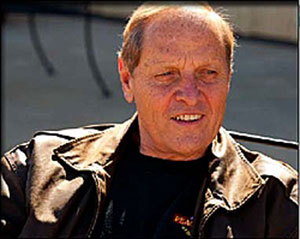 I just received this email and do not have any more information.
Captain Alexander was a Delta Golden Wings member. He will be a great lost to the aviation community!
Julian Black