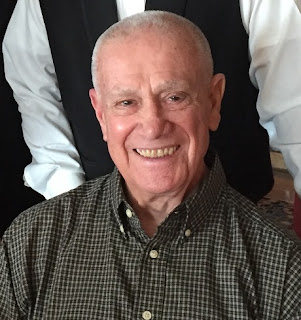 Word has been received with the passing of RNPA member retired Northwest pilot Captain Robert Ralph Johnson, age 81.  Captain Johnson joined Northwest Airlines 09-01-1959 and retired with Northwest in 1995.  He is survived by his wife Georgeia.  Services will be held in Minnesota.
Mass of Christian Burial will be held at 11:00 AM on Monday, December 19th, at Holy Name of Jesus Catholic Community church in Medina MN, with visitation one hour prior to Mass. The church phone number:  (763) 473-7901.
Interment with military honors will follow at Holy Name cemetery.
Personal condolences may be sent to the family at
2067 Crystal Lake Drive, Miramar Beach, FL 32550-7879.
Thank you,
~ Carol for the PCN

Retired NWA Captain Robert Ralph Johnson, age 81, left this world on November 13, 2016 to join his Savior in eternity. Bob was born in Minneapolis, Minnesota on July 1, 1935. After leaving the University of Minnesota, Bob joined the Navy flight training program in Pensacola, Florida. Upon completion of that training, Bob was awarded his Wings of Gold and commissioned a 2nd Lieutenant in the United States Marine Corps. His first duty station was in Kaneohe Bay Hawaii and while there he was encouraged to take Landing Signal Officer training which allowed him to train pilots on the field and to bring them aboard aircraft carriers. Bob was particularly proud of the fact that of the thousands of landings that he controlled on aircraft carriers, there was never a single accident of any kind. Bob left active duty in the Marine Corps on July 1, 1959 and signed on as a pilot for Northwest Airlines on September 1, 1959. Bob remained in the Marine Corps reserve during this time. Bob’s class was the junior class at Northwest who were furloughed due to a reduction of pilot force in October 1960. Bob went to work for Honeywell in the Military Products group but left Honeywell to return to Active Duty in the Marine Corps in September 1962. Bob remained on active duty in the Marine Corps until September 1966 at which time he returned to Northwest Airlines. Bob was an instructor and FAA-Designated Check Airman at Northwest for the remainder of his career until his retirement on July 1, 1995. In addition to his lifelong commitment to aviation, Bob was deeply involved in his local community through youth sports, the Catholic Church, and the local school district. After retirement, Bob reconnected with an old friend, Georgeia Pappas, and a loving marriage resulted which fulfilled him for the remaining years of his life. Bob and Georgeia made their new home in Sandestin, Florida where their life was rich with amazing friendships and a wonderful social life. In addition, they shared their mutual love of travel by taking multiple trips abroad each year, as well as demonstrated their commitment to service through their volunteer roles at Sacred Heart Hospital in Sandestin. Bob’s life was deeply enriched through his very special relationships with his grandchildren. Bob is survived by his loving wife, Georgeia, three wonderful children Michael (Julie) Johnson of Woodbury, MN, Elizabeth (Bill) Baxter of Bellevue, WA, and Kristin (Bo) Johnson of Concord, MA, and a step-daughter Stacy Pappas of Southern Pines, NC, as well as his nine incredible grandchildren: Danny, Hannah, Annika and Ian Johnson, Matthew, Nicklas and Lukas Johnson, and Danielle and Dylan Baxter. Bob was preceded in death by his parents Ralph and Ruth Johnson, and his son USAF Captain Daniel R. Johnson. Mass of Christian Burial will be 11am Monday, December 19 at Holy Name of Jesus in Medina, MN with visitation one hour prior to Mass. Interment with military honors will follow at Holy Name cemetery. In lieu of flowers, memorials are preferred to either the Semper Fi Fund (semperfifund.org) or Operation Mend (operationmend.ucla.edu).

This is Krissie, Bob's daughter, and I wanted to let you know that Dad passed tonight. He is finally at peace and hopefully enjoying a deep embrace with Danny now.
We are hoping to have his funeral in MN in mid-December and will post an obituary with details soon.
Thank you for a lifetime of friendship with Dad.
Much love,
Krissie
Posted by Unknown at 10:57 PM