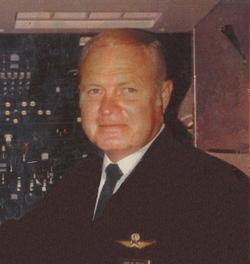 Zack was born on April 16, 1937 to Zack D. Pryse and Gether Lark (Waggoner) Pryse in Oklahoma City, OK. Pryse Monument, founded by Zack's dad, began in the front yard of their home in Tonkawa. Then, in 1939, the family and business moved to Ponca City.

Growing up, he worked for his dad at the monument shop and also at a gas station for Barney Austin. While in high school, Zack played defense for the legendary high school football coach, Earl Sullins; graduating from Ponca City High School in 1955. In the fall of 1955, Zack began college at the University of Oklahoma, majoring in business. He was a member of the Delta Tau Delta Fraternity and joined the Air Force ROTC. As luck would have it, Zack met Joyce Hooten, from Muskogee. Though she played hard to get, she instantly told a friend, "That's Zack Pryse, from Ponca City. That's the man I'm going to marry." Joyce and Zack were married on June 6, 1959.

Following graduation from OU, Zack began the pilot training program with the United States Air Force. Zack's flight training included the T-33, F-102, and F-101. During the Air Force years, the family moved several times. The first of three, Kerry, was born in Muskogee in 1961. Zack David, IV was born in 1963 and Pati in 1965, both in Great Falls, Montana. The year 1966 brought great change for the Pryse family. Zack was sent to Vietnam as an A1 Sky Raider fighter pilot. He completed 188 combat missions, receiving many medals including the Purple Heart and two Distinguished Flying crosses. He was honorably discharged in December 1966 at the rank of captain. Immediately following his military service, Zack began a 30 year career with Delta Airlines.

With Delta Airlines, the family moved from Atlanta to Chicago, finally landing in Irving, Texas. During this time, he supplemented the family income by substitute teaching and flying side trips for the National Guard. The final move came in 1972, when the Pryse's settled back in Ponca City. Zack retired as Captain from Delta in 1997; flying international flights his last three years.

Upon retirement, he spent time in Florida, "The Property" at Kaw Lake, and most recently enjoyed remodeling his lake house at Grand lake.

Zack was at his best when outdoors, and especially around the water and anything involving boating. Throughout the years, he loved being around his children's friends. Pryse's cabin became a place for all of the kids to hang out and have fun. That's what he loved.

His true passion and love was his family and his grandchildren. He thoroughly enjoyed the time he got to spend with them, and slipping the grandkids twenty bucks when no on was looking.

He is survived by his wife, Joyce, of the home; children, Kerry Mullenax, Ponca City, Zack D. Pryse, IV, Ponca City, and Pati and Eddie Burns of Piedmont, OK; grandsons, Parker Burns, Sam Mullenax, Pryse Mullenax, Owen Burns and his favorite granddaughter, Reagan Mullenax; his sister, Lyn (Pryse) Elam and husband Ted; his brother, Scott Pryse and wife Joan, all of Oklahoma City; his brother, Dane Pryse of Ponca City; and several nieces and nephews. He was preceded in death by his parents, Zack and Gether.