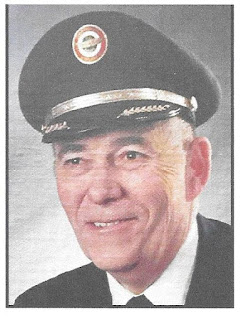 Word has reached us with the passing of RNPA member retired Northwest pilot Captain Lee Monteith Lippert, age 75.  Captain Lippert joined Northwest Airlines 04-07-1969 and retired with Northwest in 2001.  He is survived by his wife Sara, their children and grandchildren.  Sara has shared Captain Lippert’s obituary below.... as was Captain Lippert’s wishes, no services are planned.  The family plans a celebration of life event March 18th as is noted below.   To the best of my knowledge personal condolences may be sent to the Lippert family at
1919 Maiden Lane , Wenatchee WA 98801-1031 ..... (509) 662-6589.
Thank you,
~ Carol for the PCN
Obituary...................................
Lee M. Lippert died December 18, 2016, of complications of COPD and pneumonia. He was typically a man of few
words, but great determination. Born in Toppenish, WA, on February 13, 1941, to Carl and Florence Lippert. The family moved
to Yakima, WA, before Lee’s 10th grade year. He was a member of the first graduating class of Eisenhower High School
in 1958. His early love of flying saw him building model airplanes in his youth and led to a full Navy ROTC scholarship at
the University of Washington. He graduated as president of Tau Kappa Epsilon with a Mechanical Engineering degree in 1963.
Lee married the girl across the street, Sara Stevenson, and they headed to Pensacola, FL, and Navy flight training. After six years
of service, Lee made the choice to leave the Navy and pursue his dream of becoming a commercial pilot. He flew with
Northwest Airlines for 32 years, retiring in 2001 at the age of 60, having learned to fly a T-28 and ending his career as the
captain of the 747.
Lee and Sara traveled the world together claiming Wenatchee as their final home in 1998. A true renaissance man, Lee was
involved in Wenatchee Central Lions, the Broadview Homeowners Board, Art on the Ave, Senior Tax Aide, Red Apple
Flyers, golf, fishing, and making sawdust. Still searching for his first hole-in-one, he would always admonish to keep the blue
side up.
Lee is survived by his wife of 53 years, Sara Stevenson Lippert; three children: Andrew (Jennifer), Steven (Katy), and
Jessica Gilmore (James); nine grandchildren: Jordan Hoffman (Jeremy), Katherine, Cameron, Erynn, Holden, Kieran,
Magdalena, Rachel Mahnke (René) and Emily; his brother, Nick; sister, Judy; and far flung friends around the globe.
At his request, no services are planned. A celebration of his life will be held at the Wenatchee Country Club on March 18,
2016, from 3:00 to 5:00 p.m. A fund has been established to support the education of future students at Wenatchee Valley
College Foundation. Contributions can be made in Lee Lippert’s name.