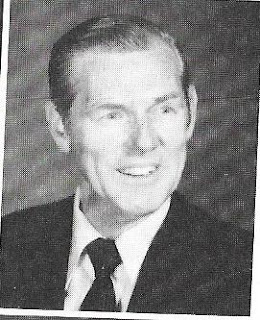 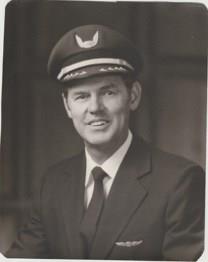 Notification with the passing of retired PNA/Western pilot Captain Wally McPherson, age 92.
My information is limited but you may view/sign the online guestbook at visit
http://www.dignitymemorial.com/sunset-hills-funeral-home/en-us/index.page
Also, this link http://www.legacy.com/obituaries/seattletimes/obituary.aspx?n=Wallace-G-McPherson&pid=182979603
will take you to Captain McPherson’s online obituary.
A Celebration of Life event is planned for Monday, December 12, 2016 from 1:30 pm - 4:00 pm at the
Queen City Yacht Club, 2608 Boyer Ave E , Seattle, Washington.
Whitepages lists the family address as
4631 Somerset Ave SE , Bellevue WA 98006-3016.
If I receive more information I will be sure to pass it along.
Thank you,
~ Carol for the PCN
Obituary..................Wallace G. McPherson, Jr of Bellevue, WA
Wallace (Wally/Mac) McPherson was born in Monticello, N.Y on July 15, 1924 to Wallace and Elizabeth McPherson of Scotland. The Family moved to Seattle in 1926. Wally graduated from Roosevelt High School and attended the University of Washington, leaving to join the Army in WWII.
Wally is survived by his wife of 66 years, Marie (Mickey) (Hammond); two daughters: Cindy (Tom) and Cherie; five grandchildren: Ryan, Darin, Kelly, Sabrina, and Lindsey; two step-grandchildren: Sarah and Laura; and two great-grandchildren: McKenzie and William.
Wally served in WWII as an Army Air Corps Pilot in the South Pacific. After the war, he continued flying as a commercial airline pilot, first with Philippine Airlines in the South Pacific and Hawaii and later he moved back to Seattle to join Pacific Northern Airlines (PNA) before it became Western and then Delta. Wally completed his career as a Senior Pilot for Delta Airlines. His lifelong passion was flying. He had many adventures over the course of his 41 years in the cockpit.
Wally met and married his wife Mickey in Honolulu Hawaii in 1951. They had deep and enduring love that spanned 66 years and many great adventures together. They enjoyed travels around the world and for many years had a winter home in Palm Desert, CA.
Wally enjoyed many outdoor activities including hiking and water and snow skiing.
He had a great love of boating and purchased the Marimac for cruising with Mickey in his retirement. Wally was a Past Commodore of Queen City Yacht Club and he and Mickey participated in many cruises and predicted log races. His other pastimes included golf, woodworking, and tennis (which he continued playing into his early 90s).
Wally was an old school gentleman who conducted himself to the highest standards. During times of duress, his strongest exclamation was "Dirty Name". He was a loving, kind, and considerate husband, father, grandfather, and friend who was greatly loved and will be missed by all.
Interment will be at Sunset Hills Memorial Park. A full obituary and photos of his life can be viewed at www. sunsethillsfuneralhome.com. A Celebration of Wally's Life will be held on Monday December 12, 1:30 to 4:00pm at Queen City Yacht Club, 2608 Boyer Ave E., Seattle, WA.
In lieu of flowers, donations can be made to The Museum of Flight, Seattle, WA.
.Funeral Home : Sunset Hills Funeral Home
1215 145th Place SE Bellevue, WA 98007 ...  (425) 746-1400