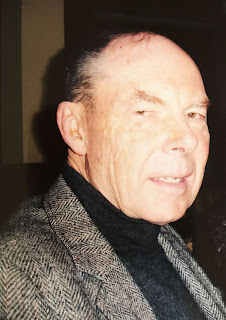 Ted Leth passed away on Dec. 28, 2016, due to complications of Parkinson's disease. He leaves behind his beloved wife of 50 years, Marita, daughter Ann Snyders (Bill), son Torrey (Lucie), sister-in-law Alice and granddaughters Grace and Emma. He is also greatly missed by his twin brother Tom (Silvia), nephews, nieces and other family and friends.
Ted was born on Jan. 3, 1935, to Jessie and Teddie R. Leth in Oak Park, Ill. After high school, he attended the University of Illinois, where he earned a degree in electrical engineering. While at the university, he went through ROTC camp and took an interest in flying. Upon graduating he got a job as an engineer for North American Aviation in Los Angeles. In 1957, he enlisted in the U.S. Air Force and started pilot training. After he earned his wings he flew B-25s and B-47s.
Ted liked flying and decided to make that his career. When he got out of the Air Force he applied to Western Airlines and started flying commercially in 1964. He was based in Los Angeles until 1980 when he transferred to San Francisco and made Half Moon Bay his home. Western Airlines eventually merged with Delta and Ted retired at age 60 as a captain for Delta Airlines, flying the Boeing 727.
Ted enjoyed sports and was an avid golfer. Half Mon Bay Golf Links was his favorite, but he liked playing different courses and usually brought his clubs on vacations and enjoyed a round with his wife. He was very proud of his two holes-in-one. He was also a devoted fan of the San Francisco 49ers and the Boston Red Sox.
Most important to Ted was his family. He enjoyed spending time with his children and grandchildren and would eagerly participate in their activities. He took pride in their accomplishments. Our family vacations at Lake Tahoe, and reunions with his brother Tom and his family have been the highlight for several years. We all have fond memories of those times.
Ted wanted to give back to the community. After retirement he kept busy volunteering and worked at the Senior Center delivering Meals on Wheels and at the Crisis Center as a counselor. He was also a golf marshal.
Ted will be deeply missed by his family and all who knew him.
A Memorial Service will be held at 1 p.m., Jan. 27, at the Community United Methodist Church, 777 Miramontes St., Half Moon Bay, CA 94019.


In lieu of flowers, donations may be made to the National Parkinson Foundation or a charity of your choice. 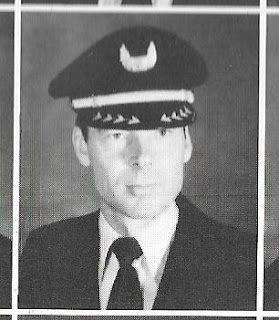 The family of WA/DL Captain Ted Leth has written us with news of his passing.  Captain Ted Ruben Leth was 81 years of age at the time of his death due to complications of Parkinson’s Disease.  Captain Leth joined Western Airlines 04-27-1964 and retired with Delta Air Lines in 1995, based 030/SLC.  Memorial Services are pending and will be advised when known.
Survived by his wife Marita personal condolences may be sent to the family at
456 Fairway Drive , Half Moon Bay CA 94019-2218  ...  (650) 726-2747.
Thank you,
~ Carol for the PCN