Just a note to let you know Bill passed away 2/8/17. You may know already.There is a guest book @ http://obits.reviewjournal.com/obituaries/lvrj/obituary.aspx?n=william-lea&pid=184158913 if you would like to sign.
Thanks,
Carolyn Lea 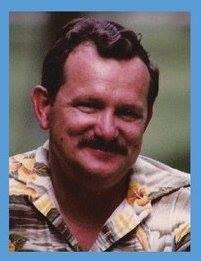 News with the passing of retired NWA pilot Captain Bill Lea has reached our group.  Captain Lea joined Bonanza Air Lines 04-01-1966, and made the mergers with Hughes Airwest and NWA.  Bill was 77 years of age at the time of his passing.  He had most recently resided at
5809 Paseo Montana, Las Vegas NV 89108-4113.
Honoring Bill’s wishes, there were no services.
Should we receive more information we will be sure to pass it along.
Thank you,
~ Carol for the PCN

Captain Lea is the *author of his book What A Lovely Day For An Airplane Ride......................
About the *author:  The author grew up in the Cincinnati, OH area and in Kentucky. He used to play in his grandmas barn, and would jump down on bales of hay. That was the beginning to, “let’s learn to fly”. It is said, “you can’t teach a dog new tricks”, but being so young, he tried to learn them all, tricks that is. This book is an offering of many of his accomplishments in the flying arena along with excerpts from some of the funniest statements by many of his pilot friends. You might say some are almost like short stories in themselves. So much happens during the flying period of time for a pilot. The responsibility and learning factor is huge. Most will say “it is all worth it”. The book, hopefully, will bring laughter & a time to relax to all of who choose to read it. ENJOY!!
https://www.amazon.com/What-Lovely-Day-Airplane-Ride-ebook/dp/B00DAZ0STK
Sent: Wednesday, February 08, 2017 7:11 PM
Subject: Captain Bill Lea, Bonanza 1967

Word received that Captain Bill Lea Flew West today after a protracted illness.
At Bills request there will be no service of any kind.  He was living in Las Vegas.
More information when available.
Posted by Unknown at 9:43 PM