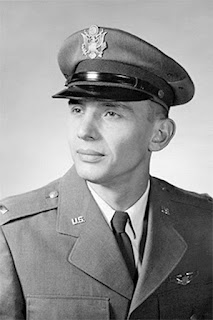 News has been received with the passing of RNPA member retired Northwest pilot Captain Dennis Edward Swanson, nearing his 80th birthday.
Captain Swanson joined Northwest Airlines 08-07-1967 and retired with Northwest in 1997.  He is survived by his wife Joanne, their children and grandchildren.
To view/sign the online guestbook please visit this website at
http://www.auburn-reporter.com/obituaries/dennis-edward-swanson/
or  http://www.auburn-reporter.com/obituaries/
Captain Swanson’s obituary notes that military graveside services will be held May 2nd at Tahoma National Cemetery in Washington state.   There will be a Celebration of Life at Denny’s sawmill on May 13th at 2 pm.....all are welcome to attend.
For those wishing to send personal condolences, whitepages lists the family address as
17218 SE 376th St., Auburn WA 98092-9520.
Read more and view video about Denny Swanson’s antique sawmill at  http://www.wrvmuseum.org/Our_stories-more.html
Thank you,
~ Carol for the PCN
Obituary....................................
Dennis Edward Swanson, age 79, a retired Northwest Airlines captain “F​lew ​W​est” for a final check on April 19, 2017
He is survived by his wife of 58 years, Joann, and their four children: Mike (Jackie) Swanson, Toni Swanson, Kellie (Pat) Kutkey, and Erin (Rob) Dickinson, and brothers: John (Kathy) and Jim (Monica). Also 8 grandchildren: Dan, Logan (Tasia), Corrie (David), Zach, McKenna, Anna, Colton, and Pearl, as well as 6 great-grandchildren: Morgan, Kahlin, Kamdyn, Braxton, Lily, and Marley, and a whole fan club of beloved nieces and nephews. He is predeceased by his brother Ron, sister Jean Ann, and parents Irene and Gar.
Born in Ione, Oregon in 1937, he grew up on the family wheat ranch. His love of flying was born at an early age. As a kid, Dennis would design and construct model airplanes, then employ various barn cats as pilots, a story which may be truer in our imaginations than in reality. He attended the University of Portland, joined the Air Force ROTC cadet program, and upon graduation in 1959 was commissioned as a 2nd lieutenant in the US Air Force, making his childhood dream of piloting aircraft a reality.
After his discharge from the Air Force in 1966, Dennis flew for Northwest Orient Airlines and retired as a 747 captain in 1997. He spent his retirement doing good for his community and his family. From using his sawmill to cut historically accurate lumber for the repair of the Mary Olson barn, to longtime Kiwanis member, to substitute teaching at the Muckleshoot Tribal School, to many years of Saturdays delivering food with his grandchildren for the Auburn Food Bank, Dennis never turned down an opportunity to say, “Yes, I can help.”
In honor of Dennis, we encourage you to make saying, “Yes, I can help” a part of your lives too. Perform an act of kindness, give time to a volunteer cause, or donate to a charity of your choice.
At his request, a private family funeral mass was held on April 25th, his birthday. A military graveside service will be held May 2nd at Tahoma National Cemetery. There will be a Celebration of Life at Denny’s sawmill on May 13th beginning at 2 pm, where all are welcome.
---------------------------------------
from RNPA news:
It is my onerous duty to inform you that NWA pilot Dennis Swanson passed away at 1030AM, Wednesday, April 19, 2017. Dennis would be 80 years old next Tuesday. He was hired by NWA on August 07, 1967.
Memorial service arrangements are uncertain at this time.
With profound regret,
Bill Day
Contrails Obituary Editor