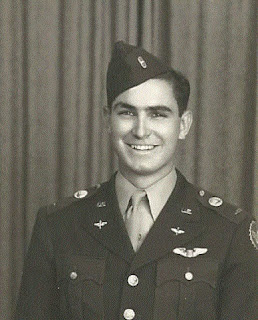 News has been received with the passing of retired Western Airlines pilot Captain Orman Edmond LaVoie, age 92.  Captain LaVoie joined Western Airlines 03-19-1951 and was based Denver and Salt Lake City I believe.
Arrangements have been entrusted to Sunset Cemetery Funeral Home of Missoula, Montana.  Please visit their site at
http://sunsetfuneralhomecemetery.com/runtime.php?SiteId=288834&NavigatorId=1378309  to share online condolences.
The funeral home website notes that memorial services will be held Wednesday, May 31st.  The funeral home may also be reached by phone at (406) 549-2857  or by email at sunset@missoulafuneralhomes.com
As we receive more information we will be sure to pass it along.
Thank you,
~ Carol for the PCN

In Memory of Orman E LaVoie
– Orman E. LaVoie, age 92, died early Saturday morning 4/15/17, at Village Health Care Center. Orman is a veteran of World War II. He joined the Army Airforce in June ’44. While stationed in Burma India, he logged 1,000 hours as a flight officer in the ferry command that flew supplies over the Burma Hump (hazardous air route across the Himalaya Mountains). Upon returning from the military, he joined Johnson Flying Service, a contractor for the Forrest Service. In 1951, he joined Western Airlines, and retired from Delta as a captain on a Boeing 707 in 1976. In twenty-five years of service for the airlines, he experienced two bomb threats on board, a lightning bolt through the fuselage, and after sliding down an icy runway, bringing an aircraft to a stop at the edge of a cliff.
Orman was an avid skier well into his 70’s and in his spare time, enjoyed building and remodeling homes, building a golf course and building a propane fueled Skybolt.
He is pre-deceased by his grandson, Michael and son, Mark. He is survived by 1 sister, 4 children, 4 grandchildren, and 3 great grandchildren.
Services are planned for June at the Western Montana State Veteran Cemetery. Cremation is under the care of Sunset Memorial Funeral Home. Condolences and memories may be left for the family at  www.sunsetfuneralhomecemetery.com
Sunset Cemetery Funeral Home and Crematory