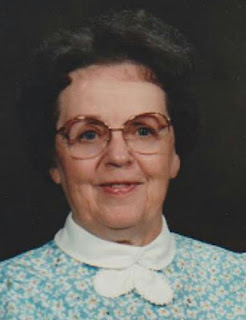 Capt. Goddard joined Western Airlines  12-21-1945 and retired with Western in 1979.  He was based SLC then LAX at the time of his retirement.
Born November 30, 1919, Capt. Goddard passed on May 19, 2011.  Obituaries appear below.
Services for Ruth were held June 9th in Bountiful, Utah.  Ruth is survived by their children, grandchildren and great grandchildren.
Thank you,
~ Carol for the PCN

She was born August 11, 1921 in Ogden, Utah the daughter of Ervin Rolan Shurtliff and Della Shaw. Ruth was reared and educated in Ogden, graduating from Ogden High School June 1, 1929. She married Harold Val Goddard December 12, 1941 just five days following the bombing of Pearl Harbor. They were married in the Salt Lake LDS Temple.

Following her marriage to Val they immediately drove to Randolph Field in San Antonio, Texas where Val was assigned as a flight instructor. Following the end of the war, Val accepted a job with Western Airlines and they moved to Bountiful where they lived for the remainder of their lives.

Ruth was an active member of the LDS Church, serving in various callings and always serving as a dedicated visiting teacher.

Ruth was an excellent cook and loved to can everything from peaches to mustard pickles. She was a wonderful homemaker. She enjoyed sewing, quilting and embroidery and was very skilled. Ruth was a frugal shopper and truly loved to stalk and capture great bargains. She also loved to read and enjoyed going to the Bountiful Library to check out books. Ruth and Val had the opportunity to travel frequently and enjoyed their many trips together. She loved spending time with family especially her grandchildren and great-grandchildren. Later in life when Val's health was failing, she was a loving caregiver and they enjoyed a special relationship during that time.


Harold Val Goddard passed away on Thursday, May 19, 2011 in Bountiful, Utah. He was born November 30, 1919 in Ogden Utah, the son of Harold Tribe Goddard and Agnes Farr. He married Ruth Shurtliff December 12, 1941 in the Salt Lake LDS Temple. Val was reared and educated in Ogden, graduating from Ogden High in 1937. He received his degree from Weber College in 1939. He then entered the Army Air Corps Flying Cadet School, graduating from Randolph and Kelly Field in 1941. During World War II, he served as a pilot and flight instructor, receiving the rank of Major before he was discharged in 1945. After the war he became a pilot for Western Airlines, flying for 35 years and retiring in 1979. He then continued flying as a Corporate Pilot for an additional four years. He was an active member of the LDS church, serving in many callings. Although flying was his passion, his favorite time was spent with his family, especially his grandchildren and great-grandchildren. Survived by his wife Ruth; one daughter Susan Goddard Crosby (Arnold); two sons Scott (Janette), Kim (Kristie); seven grandchildren, Nathan, Erin, Jennie, Ben, Emily, David, Annie: and eight great-grandchildren. Preceded in death by parents and brother Grant. Funeral Services will be held 11 a.m. Wednesday, May 25, 2011 at the Bountiful 31st Ward Chapel, 600 East Center St. Visitation will be held Tuesday from 6-8 p.m. at the Lindquist's Bountiful Mortuary 727 N. 400 E. and from 9:45-10:45 a.m. prior to the services. Interment Bountiful City Cemetery. In lieu of flowers, the family requests donations be made to the LDS Church Humanitarian Center.
Posted by death at 1:15 PM