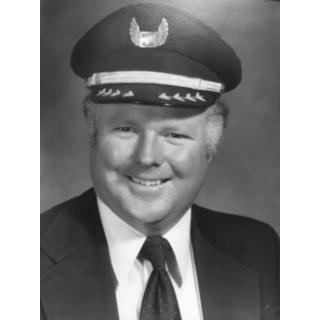 Notice with the passing of retired Western/Delta pilot Captain Alan McKinnon has been received.  Alan John McKinnon was 78 years of age at the time of his passing.  Captain McKinnon joined Western Airlines 03-14-1966 and retired with Delta Air Lines, based LAX/030.  He is survived by his wife Margaret and their daughter Kathleen.
Captain McKinnon’s obituary may be viewed online at
http://www.legacy.com/obituaries/venturacountystar/obituary.aspx?pid=186664707
or at
http://www.legacy.com/obituaries/name/alan-mc-kinnon-obituary?pid=1000000186664707
Captain McKinnon’s obituary notes that services will be private.
For those wishing to send personal condolences, whitepages notes the family residence as
1979 Stonesgate St., Westlake Village CA 91361-1615  ...  (805) 497-4024.
If more information is received, we will be sure to pass it along.
Thank you,
~ Carol for the PCN
Obituary.................
Alan John McKinnon, Westlake Village, CA
Captain Alan McKinnon, a 46 year resident of Westlake Village, passed away on September 6, 2017.
He was a fifth generation Californian, born in Sacramento, raised in Merced, Westwood Village, and Edwards Air Force Base. At Edwards he watched Chuck Yeager break the sound barrier and decided then and there to be a pilot. He accepted a job with Western Airlines which later merged with Delta. He was a captain for over 30 years and flew for 36 years. Alan's fellow pilots called him "a natural" and one of the best with whom they had ever flown.
Alan was a listener, not a talker, and he never said a bad word about anyone (unless he was referring to the driver in front of him). He was a gentle giant, and his laughter was infectious.
He is survived by Margaret, his wife of 44 years; his daughter, Kathleen (who was always Daddy's Little Girl); his beloved sister, Marj Johnson and her husband, Cal; and many nieces and nephews.
A heartfelt thank you to Dr. Hema Nathan, and Dr. David Chi for guiding us on this journey no one wants to be on and to our dear friends who held us up when we were falling down.
There will be a private celebration of his life in San Francisco at a later date. In lieu of flowers, donations may be made in his name to the Boys' and Girls' Club of Conejo Valley. ( www.bgcconejo.org )
" To Fly West, My Friend, Is A Flight We All Must Take for a Final Check," safe landing sweet one.