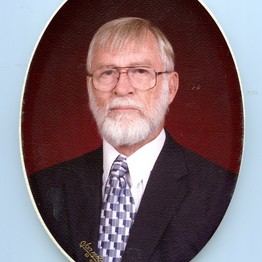 Notification with the passing of retired Western Airlines pilot Captain Lloyd Vernon Drain, age 82.  Captain Drain joined Western Airlines 04-27-1964.  The obituary below indicates he retired in 1985, and was based LAX.  Captain Drain is survived by his wife, children and grandchildren.
To view/sign the online guestbook please visit the funeral home website at
http://www.shipmanfuneralhomes.com/pages/service-information.asp?sid=cmtochoh
Our information is limited....updates and/or corrections are always appreciated.
Thank you,
~ Carol for the PCN
Obituary........................
Lloyd Vernon Drain of Wagoner, Oklahoma passed this life on Friday, October 6, 2017 at the age of 82. He was born to Olen and Ada Drain, on February 12, 1935 in the home at Porter, Oklahoma. Lloyd enlisted in the U. S. Navy in April of 1954 and was honorably discharged in March of 1958 as an air traffic controller where he found an interest in flying. After the service he enrolled in the Spartan School of Aeronautics and received his airframe and power plant license. While earning his A&P license Lloyd and some of his buddies would fly airplanes in order to gain hours to achieve his commercial pilot license. While flying with The Flying Tigers he met Constance (Coffey) while in Alabama. They later married in 1964 in Bell Gardens, CA and then moved to Garden Grove, California, raising four boys where he enjoyed coaching their Little League Baseball and Pee Wee Football teams. Lloyd was a Captain for 25 years with Western Airlines and retired in 1985. After retirement he started a Sidekick Kennels raising and breeding Red Red Nose Pit Bulls. In 1987 the family moved back to Oklahoma, where Lloyd took up farming, raising and showing Percheron Draft horses. Lloyd began long haul trucking in 1991 for various companies until retiring in 2004. After retirement he enjoyed tending his cattle and being outdoors. Lloyd was a active member of the Okay First Baptist Church. He loved his family and especially his grandkids and great-grandkids. He was preceded in death by his wife and the mother of his children, Constance Drain. His parents. Sisters, Pearl, Melba, Barbara Gay, Reba and Alma. Brothers, Lolen, Nick and Arzie. Lloyd is survived by his wife, Joan Drain, his four sons, Doug Drain and his wife Gretchen of Phoenix, AZ, Tracy Drain and his wife Angelica of Broken Arrow, Terry Drain and his wife Michele of Frisco, TX and Shannon Drain and his wife Tabatha of Okay. Three sisters, Betty Chadwick of Sulpher, OK, Jane Seefried of Bullhead City, AZ and Katy Bucher of Lake Stevens, WA. 11 Grandchildren, Amanda Cowden and husband Jesse, Jacob Drain and wife Jenni, Heather Minor and husband Parker, Zachary Drain, Destiny Drain, Jessica, Trevor and Wesley Drain, Ryan and Morgan Drain and Hannah Drain. 9 Great-grandchildren, Cash, Weston, Colton, Wyatt, Hannah, Presley, Garrett, Mason, and Finleigh. Services were held at 10:00 A.M., Wednesday, October 11, 2017 at the Okay First Baptist Church with Reverend Ken Krepps. Visitations were held Tuesday, 10 a.m. to 7 p.m. In lieu of flowers, memorials may be made to www.alz.org. Military Honors followed in Wagoner, at the Pioneer Cemetery, under the care of Shipman Funeral Home & Crematory.