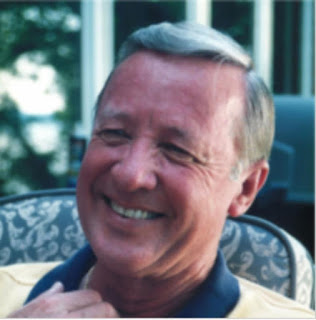 News has reached our group with the passing of retired Delta pilot Captain Robert Dozier Harris III, having passed on his 79th birthday.  Captain Harris joined Delta Air Lines 01-06-1969 and retired in June 1997, based 030/DFW.  He is survived by his wife Barbara, their children, grand and great grandchildren.
To view/sign the online guestbook please visit the funeral home website at
http://www.stewartfamilyfuneral.com/obituaries/Robert-Harris-50/
Personal condolences may be sent to the Harris family at
16574 Indian Ridge Drive, Bullard TX 75757-8808.
Services for Captain Harris are planned for November 22nd in Tyler, Texas ... please see below.
Thank you,
~ Carol for the PCN
FWD from Roger Lewis, 60th Bum Group....................
Their will be a memorial service for Captain Bob Harris on Wednesday, Nov. 22, 2017 at 11 A.M.
Stewart's Funeral Home
7525 Old Jacksonville Hwy
Tyler, TX
will handle the service.
After the service, Bob's cremated remains will be buried at a local cemetery. You are welcome to join the family in this service as well.
Cards and letters of condolence may be sent to:
Mrs. Barbara Harris
16574 Indian Ridge Dr.
Bullard, TX 75757
903-825-9377
Kenson Vance, Capt. Retired
---------------
Obituary for Robert "Bob" D. Harris..........................
Memorial services for Robert "Bob" D. Harris, 79, of Bullard, will be held on Wednesday, November 22, 2017, at 11:00 AM at Stewart Family Funeral Home with David Dorn officiating. Inurnment will follow at Cathedral in the Pines Cemetery under the direction of Stewart Family Funeral Home.
Mr. Harris left this world Thursday, November 16, 2017 on his birthday.
He was born November 16, 1938 in St. Augustine, Florida to Dr. Robert and Dora Harris and was a brother to sister, Diane Harris.
Bob grew up in St. Augustine and graduated from Ketterlinus High School in 1956. He attended his beloved Florida State University with degrees in History and Psychology.
He proudly served his country in the United States Air Force as a pilot.
His career with Delta Airlines took him to places around the world for 28 years. Bob and family lived in Arlington, Texas until he retired from the airlines at which point Bob and Barbara designed their dream home and moved to Bullard living on the lake where they had so many memories of long summer days with their kids. They became members of the Eagle's Bluff Country Club and enjoyed weekly games of golf and fellowship with friends. Bob and Barbara are members of the Marvin United Methodist Church.
The true meaning of life to Bob was faith, Barbara and his continued commitment to his family. He held these extremely close to his heart and was always ready to help friends along the way. Bob celebrated life each day and it is fair to say he had the time of his life.
He is survived by his loving family including Barbara Harris, his wife of 59 years; 4 children, 7 grandchildren and 6 great-grandchildren (known to them as Didi).
If desired, memorials may be made to St. Jude Children's Research Hospital, 262 Danny Thomas Place, Memphis, TN 38105.
------------------------------
I am sorry and saddened to inform you of the death of Bob Harris, 79 of Bullard, TX.
Bob earlier this year had to have a heart vale replaced, and had no problems with the operation. Heart complications are suspected
Capt. Harris spent his entire flying career out of DFW. Over 28 years of service, retiring in 1997.
His wife, Barbara, resides at and cards may be sent to:
16574 Indian Ridge Dr.
Bullard, TX 75757
Funeral services are pending.