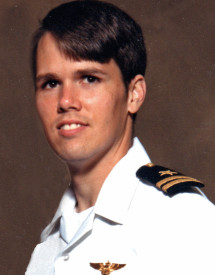 Belated notice with the passing of Northwest/Delta pilot Steven Andrew Ray, age 58.  Captain Ray joined Northwest Airlines 01-09-1987.  He is survived by his wife Jody, their children and their grandson.
To view the online obituary and guestbook please visit http://www.larkinmortuary.com/obituary/steven-andrew-ray/
Larkin Mortuary of Salt Lake City, Utah was entrusted with arrangements  (801) 363-5781.
Thank you,
~ Carol for the PCN
https://www.findagrave.com/memorial/183869630/steven-andrew-ray
Obituary.......................
Steven Andrew Ray was born November 18, 1958 to Edward and Helen Ray in North Kingstown, Rhode Island.  He passed away September 29, 2017 after a hard-fought battle with cancer.  Steve was a Navy brat who lived many places all over the world.  He graduated from Kennedy High School in Denver, CO in 1976.  In 1980, he graduated from the University of Colorado and was commissioned an officer in the United States Navy.  On August 23, 1980, Steve and Jody married in Arvada, Colorado.
As a child, Steve’s dream was to fly airplanes.  He realized that dream when he earned his Naval Aviators Wings of Gold on December 11, 1981 in Corpus Christi, Texas.  Steve’s favorite job during his Navy career was as a flight instructor to incoming Navy pilots.  At the end of his commitment to the Navy, he was hired as a pilot by Northwest Airlines on January 9, 1987.  Steve loved being an airline pilot, flying all over the world.
But as much as Steve loved flying, he loved his family more.  There was nothing more important to him.  He loved playing with his kids, going to soccer and lacrosse games, and traveling the world together as a family.  He was happiest when his family was gathered together at home.
Steve was preceded in death by his mother, Helen and his daughter, Alexandra.  He is survived by his wife Jody, daughter Mikaela (David), son James and grandson Cooper.
Funeral services will be held at 4:00 p.m. on Thursday, October 5, 2017 at the Ashley Park LDS Ward, 10312 Ashley Park Drive, Sandy, UT.  A visitation will be held from 2:30 – 3:30 p.m. prior to the services.  Interment Fort Logan National Cemetery, Denver, CO.


In lieu of flowers, memorial donations may be made to Special Olympics Utah at http://sout.org/ways-to-give/in-memoriam-donations/
Posted by death at 2:45 PM