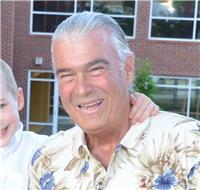 Notification with the passing of retired Delta pilot Captain Robert Anthony Nicotri, age 64.  Captain Nicotri joined Delta Air Lines 03-09-1979 and was based 030/ATL.  He is survived by his wife Nancy, plus many other family members and friends.
To view the obituary online and sign the guestbook, please visit the funeral home website at
https://www.ingramfuneralhome.com/notices/RobertBob-Nicotri
The obituary is also available online at
http://www.legacy.com/obituaries/forsythnews/obituary.aspx?n=robert-anthony-nicotri-bob&pid=187944290&fhid=4996
For those wishing to send a personal note, the family residence is listed in whitepages as
2450 Ballantrae Cir # 17 , Cumming GA 30041-6394.
Thank you,
~ Carol for the PCN
Obituary.......................
Robert (Bob) Anthony Nicotri, age 64, of Cumming passed away Wednesday, Jan. 17, 2018. Bob was preceded in death by his parents Dr. Benjamin and Charlotte Nicotri; and his nephew Ryan Nicotri. He is survived by his loving wife of 32 years Nancy Lee Nicotri; his son and daughter-in-law Todd and Lindsey Slinker; his beloved grandchildren Hannah and Owen Slinker; his sister and brother-in-law Dr. Bette Nicotri and Dr. Bill Jones and their children Wayne and Nicki; his brother and sister-in-law Jim and Sarah Nicotri and their daughter Heather; as well as many more family members and friends who all loved and adored his gentle, sweet spirit.
Bob was born in Amityville, NY in 1953 and graduated from Canastota High School in 1971. He traveled to warmer weather to attend The University of Miami and graduated in 1975 with a Bachelor's degree in Anthropology. Bob found a love for flying airplanes and obtained his private pilot license flying small planes from South Florida to the Bahamas.
He decided to make flying his profession and moved to Atlanta where he gained employment with Delta Airlines. After working as a pilot with Delta for over 26 years he retired as a Captain on a Boeing 767. Bob not only had a love for flying, but also a love for the water. He was happiest when he was boating or fishing with Nancy and their friends.
The family will have a graveside service in Senoia at a later date. In lieu of flowers, the family is asking for donations to The Oral Cancer Foundation to help aid in the detection and research for oral cancer.
Funeral Home:  Ingram Funeral Home
210 Ingram Avenue, Cumming, GA  30040