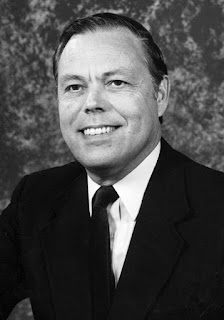 Belated notice with the passing of retired Northwest pilot Captain Bradford ‘Brad’ Newell, age 80.  Captain Newell joined Northwest Airlines
04-11-1966.  He is survived by his wife Judy, their children and grandchildren.
Captain Newell’s obituary may still be viewed online at
http://www.ptleader.com/communityrecord/bradford-allen-newell/article_dee13948-ea99-11e7-844c-b735cac633c0.html
For those wishing to send a personal note, the family residence is listed in whitepages as
141 Jackson Lane, Port Ludlow WA 98365-9609.
Thank you,
~ Carol for the PCN
Obituary....................
On Jan 28, 1937 Portland, Oregon experienced a snowstorm that shut down city buses. That was the day Brad chose to enter the world. He left it on Nov 11, 2017 another nasty weather day; a very windy, rainy day. Guess he liked entrances. His parents Corlis Newell and Virginia graham were both grandchildren of Oregon pioneers. His maternal great-grandmother came across the Oregon Trail in 1859. Brad grew up in Portland going to Washington High School, where both of his parents had gone.
After graduation he joined the Oregon Air National Guard (OREANG) and qualified for pilot training graduating from the same in 1958. That was the same year he met his future wife Judy Nicolarsen, whom he married in 1961. Both went to Portland State (then) College. Brad received his BS in Physics in 1963. By then he had acquired a love for sailing and had purchased his first of 7 sailboats. At 29 he opted for the airlines (Northwest) rather than a PHD, besides an airline salary could pay for his new love... bigger sailboats. Two children followed: Doug in ‘66 and Wendi in ‘69.
1976 was a big year. The family moved to Port Ludlow. Also in 1976 the OREANG went to Tyndall AFB in Florida for the international William tell Weapons Meet. He and his back-seater Don Tonole won in the F101 category. He had 22 years in the OREANG and retired.
He sailed the local waters for 20 years, including two circumnavigations of Vancouver Island, several trips with fellow members of Port Ludlow Yacht Club, which he joined in 1975. Commodore in 1981. Flying was working. All free time was boat time.
After 27 years of airline flying, he said “I have had it; Seattle to Asia is not fun, I want to go sailing” and he quit. Wendi had just graduated from WSU. She opted to go sailing with her parents. In June of 1993 the three of us set off for the South Pacific via yet another rounding of Vancouver Island and Mexico. Wendi departed the crew in New Zealand, where she met the love of her life. One crew member short we headed back to the islands and thence to Australia. Home via the The Solomon’ sand Tarawa. Brad, a WWII history buff, knew more of the local history than the tour guides. Lost the mast 880 miles SSW of Honolulu. Interesting 880 miles. Refueled via a Norwegian soy bean oil tanker mid-ocean; thanks to the help of USCG and the beauty of GPS. Honolulu is no place to break down. Home June 1997 almost to the day we left.
Continued sailing with the yacht club and Cruising Club of America. Brad also spent 15 plus years with the Coast guard Auxiliary doing boat inspections and patrols.
Brad is survived by his wife of 56 years Judy, son Doug Newell (Crystal) of Lake Tapps, daughter Wendi Dawson (Andrew) of Melbourne, Australia, grandchildren Jack Dawson (16) Charlotte Dawson (12) both of Melbourne and brother Graham Newell (Patsy) of port Ludlow. He was preceeded in death by his sister Gayle Newell and half-sister Sara Newell. Many thanks to the ladies of Jefferson Healthcare and Hospice for their help in keeping Brad comfortable at home. There will be a celebration of life in February.
-----------------------------------
From: RNPA News   Sent: Friday, December 01, 2017 8:19 AM  Subject: RNPA News: Brad Newell Has Flown West.
It is my unpleasant duty to inform our members that NWA pilot Bradford ‘Brad’ Newell...... passed away on 11 November, 2017. He succumbed to Alzheimer’s in Port Ludlow, Washington. Brad was an USAF/ANG veteran, having flown fighters at the Portland ANG Base. He was hired on April 11, 1966. Brad and his wife Judy had been married 56 years. They met at the Portland State University where Brad earned a degree in physics. He was also a serious salt water sailor and yacht club member.
There is a tentative celebration of life service planned for February. I will pass along those details when they become available.