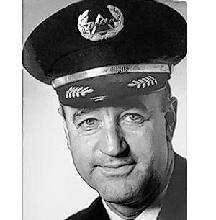 
Dick Kite, 96, passed away on Sunday, March 18th, 2018 and is survived by his wife of 68 years, Helen Kite, 2 daughters, 4 grandchildren, and 9 great grandchildren. Dick grew up in Galesburg, Illinois. Growing up, he liked to visit the airfield where he was fascinated with planes and flying. He was a senior at Knox College when WWII began, he enlisted in the Navy and went through pilot training. During the war, he served in the Pacific and Atlantic. Following the war, he was based in Hawaii, where he met Helen Sturdivant whom he would marry after he flew for 6 months in the Berlin Airlift. When he was released from the Navy, he flew for Chicago and Southern Airlines that was eventually bought out by Delta, and was stationed in Memphis, Tennessee. In 1962, he was moved to Atlanta, where he spent the rest of his career flying for Delta. He used to say that he couldn't believe he got paid for doing what he loved. Dick was a member of St. James Methodist Church where he enjoyed ushering on Sunday mornings. He also enjoyed working on Habitat for Humanity houses well into his 80's. He will truly be missed by friends and family. The memorial service for Dick Kite will be held at St. James Methodist Church at 4400 Peachtree Dunwoody Road in Atlanta on Saturday, March 24th. His ashes will be interred in the columbarium at 10am with the memorial service to follow at 11am.
Posted by death at 8:06 PM