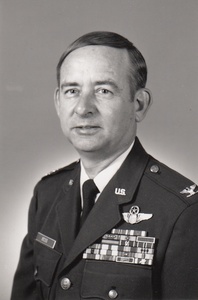 Notification with the passing of retired Delta pilot USAFR ret. Colonel Robert Carl Bess, age 77.  Colonel Bess joined Delta Air Lines 03-14-1969 and retired with Delta based DFW/030.  Services were held March 9th in Palestine, Texas.
To view the obituary online please visit the funeral home website at
http://www.herringtonfuneral.com/obituaries/Robert-Bess-3/
also
http://obituaries.palestineherald.com/obituary/colonel-robert-bess-1940-2018-1039361886/print
Should more information be received we will be sure to pass it along.
Thank you,
~ Carol for the PCN
Obituary..................................
Colonel Robert Bess
October 01, 1940 - March 04, 2018
Funeral services for Colonel Robert C. Bess, USAFR Retired, age 77, of Palestine, Texas, are scheduled for 1 pm Friday, March 9, 2018, at Herrington / Land of Memory Funeral Home Chapel. Military graveside services will follow at Buffalo Cemetery under the direction of Herrington / Land of Memory Funeral Home.
Visitation will be held from 6pm-8pm on Thursday, March 8, 2018 at Herrington / Land of Memory Funeral Home.
Colonel Bess passed away Sunday, March 4, 2018, at his home. He was born October 1, 1940, in Corpus Christi, Texas to Milton Bess and Mildred King Bess. He graduated from Texas A&M College, the USAF Squadron Officer School, the Air War College and the National Defense University.
Colonel Bess served on active duty from 1963-65, as a B-52 pilot and from 1966-67 as a C-7A Instructor Pilot in South Vietnam and stateside. Following active duty he went to work for Delta Air Lines and joined the Air Force Reserve. He retired from the Air Force Reserve in 1993. His awards include the Legion of Merit, Distinguished Flying Cross, Air Medal with 4 Oak Leaf Clusters, Air Force Commendation Award and numerous other awards. He retired in 1993 as the Director of the USAF National Security Emergency Preparedness Division for the 5th US Army area. He retired from Delta Air Lines in 2000 as a B757-767 Captain in Dallas, Texas.
Colonel Bess was also an active member of the Civil Air Patrol for 50 plus years. His last duty assignment was as the first CAP Chairman of the Board of Governors from 2002-2004. He joined the CAP Cadet Program in 1955, in Corpus Christi, Texas and later commanded squadrons in Texas and Oklahoma. From 1973-99, he served as Group, Sector, Texas Wing, and the Southwest Region Commander. He served as the National Director of CAP Homeland Security from 1999-2002. His numerous CAP awards include the Distinguished, Exceptional and Meritorious Service Awards with clasps, Commanders Commendations and Unit Citation Awards.
He was a life member of the Air Force Association, Reserve Officers Association and a member of the Air Line Pilots Association and the Aircraft Owners and Pilots Association. He was a Real Estate broker in East Texas, President of the Be-Line Companies, Inc. and a former Director of the Palestine Association of Realtors.
Colonel Bess married the former Brenda Craig, also a long time member of the Civil Air Patrol since 1955. He is survived by his wife Brenda Bess; one daughter; four grandchildren; and four great-grandchildren.
View online at www.herringtonfuneral.com