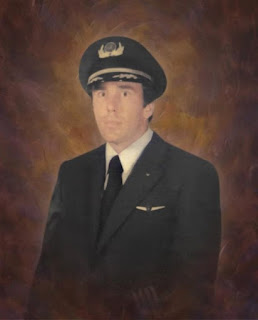 
Donald Wayne "Bo" Burton passed away February 27, 2018 in Cumming, GA at the age of 72. Born in Atlanta, he was the son of the late Pomeroy Burton and the late Doris Hammond Burton. He is survived by his wife of 50 years, Karol Kimball Burton, their two children, Kathryn Burton McRaney and Scott Alexander "Alex" Burton, his daughter-in-law Amanda Burton, son-in-law Chris McRaney and his brother Stacy Burton, along with much loved nieces, nephews and cousins. He was very proud to be grandfather to his twin grandsons, Max and Palmer McRaney. Bo attended Briarcliff High School in DeKalb County and the University of Georgia. While at Georgia, Bo was a letterman (second baseman) on the Bulldogs Varsity Baseball Team and also a member of Sigma Pi fraternity. After college, his love of aviation lead him to take flying lessons at Peachtree DeKalb Airport and he eventually achieved his dream of becoming a commercial airline pilot. He started his aviation career with Southern Airways in Atlanta in March of 1973 and retired as a Captain of over 30 years for Northwest Airlines. Bo enjoyed many passions. He had a great love for playing tennis, was an avid reader, enjoyed cooking, always watched the Atlanta Braves and his beloved Georgia Bulldogs. Bo was also a devoted runner and was a participant in the very first Peachtree Road Race. He would run every day even when on his trips as an airline pilot. This was an important time for Bo as he was not only very health-conscious, but it also was his time to pray. The visitation will be held at 1:00pm and memorial service at 2:00pm Sunday, March 4th at Roswell Funeral Home 950 Mansell Rd., Roswell, GA 30076. A memorial celebration will be held following the service at the funeral home. In lieu flowers, donations can be made to the First Baptist Church of Roswell Music Ministry or Children's Healthcare of Atlanta.
Posted by death at 3:56 PM