News has reached us with the passing of author Anita Hale Shreve, daughter of the late Northeast/Delta pilot Captain Richard H. Shreve.  Anita’s obituary and more information can be found online at http://www.legacy.com/ns/anita-shreve-obituary/188605127
also http://www.legacy.com/obituaries/name/anita-shreve-obituary?pid=188605127  Anita was 71 years of age at the time of her passing last Thursday.  Information below indicates that services were private.  Anita is survived by her husband, children and grandchildren plus many dear friends and book fans.
Should more information be received we will be sure to pass it along.
Thank you,
~ Carol for the PCN
From: David L. Roberts  ...Sent: Tuesday, April 03, 2018 7:21 PM.... Subject: Death of Anita Shreve 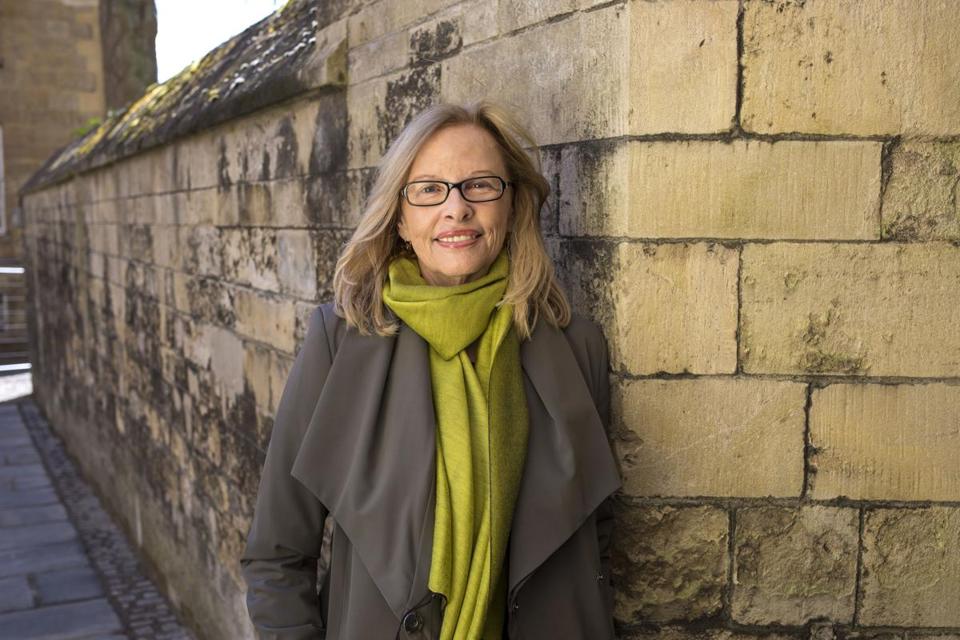 DAVID LEVENSON/GETTY IMAGES/FILE 2014
Ms. Shreve viewed her work as a “marriage of story and language that I think is almost ancient.’’
By Bryan Marquard GLOBE STAFF  MARCH 30, 2018

There was for Anita Shreve a visceral connection to writing. Ever tugged to blank pages and sharp pencils, she wrote some 20 books, most of them novels that included the best-sellers “The Pilot’s Wife” and “The Weight of Water.”

“The creative impulse, the thing that gets deep inside me, goes from the brain to the fingertips,” she said four years ago in an interview with The Writer magazine. “When you’re writing by hand, even when you’re not consciously thinking about it, you’re constructing sentences in the best way possible.”

Ms. Shreve, who was beloved by fans around the world for her novels and for encouraging other writers, died of cancer Thursday in her home in southern New Hampshire. She was 71 and had announced nearly a year ago that she was ill when she canceled upcoming public appearances in order to undergo chemotherapy.

“This is a hard post to write. I have so been looking forward to going on book tour for my new novel, ‘The Stars are Fire,’ and had hoped to meet many of you on my travels,” she wrote then on Facebook.

Having become a best-selling author with 1997’s “The Weight of Water,” Ms. Shreve stepped into the multimillion-copies sold realm when Oprah Winfrey chose 1998’s “The Pilot’s Wife” for her book club. The experience turned Ms. Shreve into an internationally admired author.

A listing by her friend, the novelist Mameve Medwed.
The Washington Post’s books editor Ron Charles told The Writer in 2014 that she was “one of the most literary authors who can reach out to a popular audience.”

“She wrote beautifully melodic and nuanced prose. I admired every book of hers,” her publisher, Michael Pietsch, who is CEO of Hachette Book Group, said by phone Thursday night. “She brought a great mind to the observation of emotions.”

Setting book after book in New England, Ms. Shreve used prose that was both thoughtful and unsparing to offer intimate glimpses of the emotional landscape of her characters and, not incidentally, the region’s topography.

Love was a theme, major or minor, in many of her books, and Ms. Shreve was surprised more writers didn’t sense its narrative possibilities. “Love is a very devalued subject to be writing about these days,” she told the Globe in 1998.

Of that theme, a character in 2001’s “The Last Time They Met” says: “I believe it to be the central drama of our lives. … All love is doomed, seen in the light of death.”

Reviewing that novel, the Globe’s then-chief book critic, Gail Caldwell, said Ms. Shreve “can render her characters’ dark interiors with a tenderness void of judgment, thereby capturing the essential frailty of the human condition. In the world according to Shreve, a lark’s refrain is made exquisite by the mortality that accompanies it.”

At times, actual historical events affected the lives of Ms. Shreve’s characters, or wove their way into a story’s tapestry.

“I used to marvel at her research that was seamlessly integrated into each book,” said her friend Elinor Lipman, who also is a novelist. “The research that she did showed, but not in such a way that you felt the index cards being shuffled and flapping. It was all about the right time and the right fact.”

No stranger to the geography and natural setting of her books, Ms. Shreve grew up in Dedham and graduated from Tufts University with a bachelor’s degree in English.

She was the oldest of three daughters born to Richard Shreve, an airline pilot, and the former Bibiana Kennedy, a homemaker.

After Tufts, Ms. Shreve was a teacher first, until the urge to write could not be stilled. “I taught for five years, first in Reading and then in Hingham,” she told the Globe in 2007. “I actually liked teaching a lot, but I vividly remember thinking that I had to devote myself full time to my writing and I had a sense of urgency about it, so I quit midyear to write short stories.”

An early story, “Past the Island, Drifting,” was awarded an O. Henry Prize in the mid-1970s. Still, she worried she wouldn’t be able to make a living writing fiction, and turned much attention initially to nonfiction. Ms. Shreve worked for an English-language magazine in Nairobi, where her then-husband was in graduate school, and wrote for everything from Cosmopolitan magazine to The New York Times.

An award-winning Times Sunday magazine cover story on working mothers led her to write the 1987 book “Remaking Motherhood.” Another Times piece led to the 1989 book “Women Together, Women Alone.” She published her first novel, “Eden Close,” the same year.

“The Weight of Water” brought critical acclaim and sales, and it was short-listed for the Orange prize, an award in the United Kingdom for the best full-length novel written in English by a woman.

“My work is a marriage of story and language that I think is almost ancient,” she told the Globe in 1998. “That’s the tradition I would like to be seen in. One of my favorite comments from readers is: ‘You ruined my night. I stayed up all night reading, and I was late for work.’ ”

She had no use for labels, whether her work was called commercial or women’s fiction. “I hate the term. I’ve hated the term for years,” she told the Globe in 2010, when she published her novel “Rescue,” which she saw as a case in point. “I have heard people say that if they hadn’t seen my name on the cover, they would never have guessed that the book was written by a woman. It should simply be called fiction.”

Her writing was also just plain hard work, at least for the author, both physically and creatively. “I write by hand, transfer to a computer, print it out, and then edit by hand,” she told the Globe. “None of the important work is done on a computer.”

Working as a journalist had offered the lesson that there’s no time to spare, as was evidenced by her prodigious output. “I learned that writing is not precious,” she told The Writer. “There’s no waiting for the muse to come.”

“She moved through the world with graciousness and poise, and without a large sense of herself,” he added. “People were deeply drawn to her. She was a person you felt very comfortable revealing yourself to.”

“She was such a good friend and she was so generous about other people’s writing,” Lipman said. “It’s really hard for me to imagine a world without Anita.”

Ms. Shreve, whose previous marriages ended in divorce, was married to John Osborn. She previously had lived in Longmeadow, and also in Maine, before relocating more recently to southern New Hampshire. International fame made privacy an issue after the Oprah Winfrey Book Club embraced, “The Pilot’s Wife.”

Services will be private.

“She lived for her family. To be around her was to feel loved, supported, and lucky to know her,” Ms. Shreve’s family said in a statement.

“This may surprise her readers, as her fiction often centered around tragedy, but she loved to laugh, and her smile lit up the room. Her joy was of the infectious variety, and she was never happier than when she was sitting at home on the coast of Maine, talking with friends and family and looking out at the water. When she was not writing, she was knitting, painting, gardening, hunting for sea glass, and watching the Red Sox.”

Medwed added that Ms. Shreve was “a warm, funny, and supportive friend. She was a rabid anti-Trumper, a political junkie of the liberal persuasion, and a person of an unparalleled generosity to her fellow writers.”

To other writers, published and successful or merely toiling and aspiring, she offered three words of encouragement that her father had used to nudge along her youthful writing efforts.

“My father once told me, ‘Don’t give up,’” she recalled in 2008 for the London newspaper The Guardian. “It’s advice that has served me well.”

Bryan Marquard can be reached at mailto:bmarquard@globe.com.
Posted by death at 11:21 PM