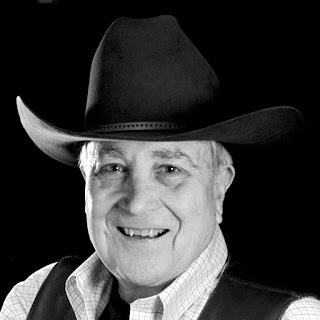 Notification with the passing of retired pilot Captain Douglas Edwin Behm, age 79.  Captain Behm is survived by his wife Beth, their children and grandchildren.
To view/sign the online guestbook please visit
https://www.dignitymemorial.com/obituaries/memphis-tn/douglas-behm-7806023
Obituary may also be viewed at
https://www.legacy.com/obituaries/commercialappeal/obituary.aspx?n=douglas-edwin-behm&pid=188615352&fhid=5683
Arrangements were entrusted to Memphis Funeral Home, 5599 Poplar Ave, Memphis TN.
Should more information be received, we will be sure to forward it on.
Thank you,
~ Carol for the PCN
Obituary..................


Douglas Edwin Behm, 79, who was born on March 12, 1939 in Pomona, CA, passed away surrounded by his loving family on Wednesday, March 28, 2018 after a long battle with cancer. Doug was a graduate of Long Beach State University with a degree in Industrial Arts, where he was a member of the 1961 California State Champion Swim Team, as well as a member of Kappa Sigma Fraternity. After graduation, Doug was commissioned as an officer in the U.S. Navy where he served as a naval aviator. He was licensed to pilot several aircraft, including being a twice-commended rescue pilot on the H-2 Seasprite during multiple Mediterranean cruises on the USS Franklin D. Roosevelt and USS Shangri-La. He then began a 28-year career as a commercial airline pilot, where he worked for Southern Airways, Republic Airlines, and Northwest Airlines, retiring as a captain on the DC-9 with over 22,000 hours of flight time. He was a member of Germantown United Methodist Church and the Seekers Sunday School Class. His love of the deserts of the Southwest could be seen in his collection of artifacts and rocks assembled from many visits there, in his custom furniture and sculpture, as well as his silver and stone jewelry creations. His greatest passion was sharing adventures with his wife Beth. He was preceded in death by his parents Edwin Henry Behm and Elma Genora DeFrance Behm of Ontario, California. Survivors include his beloved wife of 52 years, Beth Behm; daughters Kristen Behm of Lookout Mountain, TN; and Lauren Truett (Wes) of Germantown, TN; son William Behm (Tracy) of Newnan, GA; grandchildren Will Truett, Julia Truett, Ellie Behm, Weber Behm, Katie Behm, and Charlie Behm; and sister Beverly Markle and family of Huntington Beach, CA. The family will receive friends from 5 p.m. until 8 p.m. Tuesday, April 3 at Memphis Funeral Home on Poplar. Funeral Services will be at 11a.m. at Germantown United Methodist Church with a private burial at West TN Veterans Cemetery immediately following. In lieu of flowers, donations may be made to the St. Jude Children’s Hospital Art Program. The family is especially thankful for the caring staff of West Cancer Center and Methodist Hospice. Doug said that “My life has been made a joy with the love of the Lord, Family and Friends.”
Posted by death at 11:44 AM