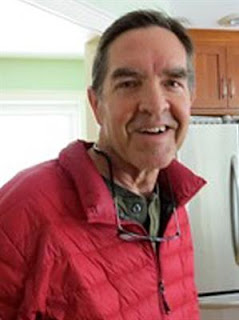 Notification with the passing of Northwest/Delta Air Lines pilot Lauren Charles Harveson, age 65.  Lauren joined Northwest Airlines 08-31-1984.  He is survived by his wife Denise.  Obituary information notes that a celebration of Lauren’s life will be held May 20th at
The Gardens at Uncanoonuc Mountain, location Goffstown NH.  https://www.gardensatuncanoonuc.com/
To view/sign the online guestbook please visit http://csnh.tributes.com/obituary/show/Lauren-Charles-Harveson-106008754
Obituary information may also be viewed online at
https://www.legacy.com/obituaries/unionleader/obituary.aspx?n=lauren-charles-harveson&pid=188735315&fhid=13971
Thank you,
~ Carol for the PCN
Obituary.............................


Lauren Charles Harveson was born on December 28, 1952, in Houston, Texas. Lauren served his country first in the Marine Corps and then as a member of the New York Air National Guard. He was a highly decorated Lieutenant Colonel having flown numerous missions, including Desert Storm and in Rwanda during his 25-year military career. He went on to become a commercial airline pilot for Northwest Airlines, and then Delta after the two organizations merged. He continued his love of flying – especially the 747 taking passengers to Amsterdam, Tokyo and other Asian countries. In retirement, Lauren continued to travel with his wife Denise, but also spent much of his time with his faithful companions Hunter Jones, Princess Sydney and the Pooks. Lauren finally succumbed to his battle with a neurological disease on April 2nd with Denise and Hunter by his side. He is survived by his wife Denise, his brother Lloyd and his wife Christie, and several nieces and nephews. Those lucky enough to know Lauren will miss his wry sense of humor, his smiling eyes and the sound of his infectious laughter. Lauren was a cool dude and has finally found the peace he deserves. In lieu of flowers donations can be made to the New Boston NH Fire Dept, Whipple Free Library or The Food pantry of New Boston NH.  A Celebration of Life for family and friends will be held on May 20th 1 to 4 PM at the Gardens of Mt Uncanoonuc in Goffstown NH.
Posted by death at 5:59 PM