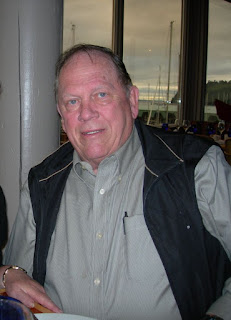 News has reached our group with the passing of retired Western/Delta pilot Captain Carl LeRoy Poschwatta, age 81.  Captain Poschwatta joined Western Airlines 01-09-1967 and retired with Delta Air Lines in 1997, based 030/LAX.  He is survived by his wife Carol plus many dear family members and close friends.
To view the obituary online and sign the guestbook please visit
https://cascadememorial.com/obituary/251143/Carl-Poschwatta/
A Celebration of Life event for Captain Poschwatta will be held at Evergreen Sky Ranch hangar in Auburn, Washington on April 21st from 2:00-4:00PM.  For those wishing to send a personal note to the family, condolences may be sent to
17620 SE 295th St.,  Kent  WA 98042-5711.
Thank you,
~ Carol for the PCN
Obituary............Carl LeRoy Poschwatta
Carl was born February 5, 1937, Albany, Oregon to Carl C. and Opal Poschwatta, and died on March 29, 2018 in Covington, WA. He was a beloved husband, father, grandfather, brother, uncle, great grandfather, and friend to so many.
Carl's parents moved the family to Sisters, OR from Albany, OR and then to Canby, OR where he graduated from Gresham High School in 1955. After high school, He joined and proudly served in the U. S. Air Force Reserve. Carl married Carol Nance, his high school sweetheart, on September 20, 1957 and had two sons, Jeff and Joe. About the same time, he started learning how to fly and had to work two jobs to support both his family and flying habit. Carl was an avid aviator, starting his career as a flight instructor at Troutdale, OR and Hillsboro, OR. Once he had the requisite experience, he was hired in 1967 by Western Airlines. Carl and Carol's young family started out in Oak Grove, OR, but moved wherever Carl's aviation career took them, eventually ending up in Federal Way, WA in 1968. He was a professional pilot for his entire career, retiring from Delta Airlines in 1997. When he wasn't working, Carl's spare time was spent in the air or working on airplanes. Along the way he taught his two sons, Joe and Jeff, to fly as well as Jeff's wife Kim.
Carl and Carol bought a house at Crest Airpark in 1976 and later moved into a house they built across the street. Carl spent the last 42 years of his life enjoying his family and friends in the Crest Airpark community. He was a consummate story teller and possessed a wealth of knowledge; an affable soul with a hearty laugh.
Carl is survived by his wife of 60 years, Carol, sister Betty (Jack), son Jeffrey (Kim), brother-in-law Douglas (Beth), three grandchildren, Lisa, Faith and Kelsey, great grandchild Jaden, niece Meagan, nephew Mathew, and great-niece Audrey. He was preceded in death by his brother Robert and son Joseph.
A Celebration of Life service will be held at 37256 204th Ave. SE, Auburn, WA 98033, at Evergreen Sky Ranch hangar, April 21, 2018 from 2:00PM - 4:00PM. Donations can be made to the Puget Sound Antique Airplane Club scholarship fund (PSAAC, PO Box 731369, Puyallup, WA 98373).
----------------------------
From: Wallybird eNews   Sent: Saturday, March 31, 2018 12:10 PM
Subject: Passing of WAL/DAL Captain Carl Poschwatta
Today at 10.48 am I lost one of my dearest friends, Captain Carl Poschwatta went that a way.  A better man there never was.
Will let you know of the arrangements when I know something.
A note or card to his wife Carol should be sent here:
Just a note the family is going to plan a memorial for Posh at a later date.  I will give you all the details so we can all attend.
Carol Poschwatta
17620 SE 295th
Kent, Wa 98042
Ph.  253-631-3167