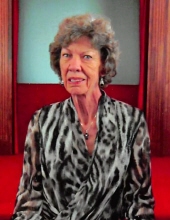 Please forgive our belated notice with the passing of Carol Ann Heller, widow of USAF veteran and Delta pilot Captain David Herald Heller.  Captain Heller, born March 2nd of 1937, joined Delta Air Lines 01-03-1967 and was based ATL/030.  Captain Heller passed May 3rd of 2007.
Carol’s obituary may still be viewed online at
http://www.mowellfuneralhome.com/obituaries/Carol-Ann-Heller?obId=2638770#/obituaryInfo
Also, both obituaries appear below.
The Hellers are survived by their children and grandchildren plus many other dear friends and family members.
Thank you,
~ Carol for the PCN
Obituaries........................
Carol Ann Heller
Carol Ann Heller, 76, loving wife, mother, and grandmother of Fayetteville, passed away October 16, 2017. She was born in Big Springs, Nebraska on May 10, 1941 to the late Floyd Pearl and Margaret Alice Soper.
Carol was preceded in death by her husband, David Herald Heller; her ten siblings; and her parents. She is survived by her daughter, Stephanie Hughes of Fayetteville; son, Joel (Cindy) Heller of McDonough; brother, Max (Sharon) Soper of Big Springs, Nebraska; sisters. Patricia (Bob) Stevens of Aurora, Colorado and Marlene (Rod) Bellamy of Spring, Texas; sister-in-laws, Patti Soper of Ogallala, Nebraska, Nadenne Soper of Colorado Springs, Colorado, Mary Lou Soper of Castro, California,and Lorraine Soper of Singapore, ; granddaughters, Kaitlyn Hughes of Palmetto and Brooke Hughes of Fairburn; grandsons, Josh Hill and Noah Heller, of McDonough.
A funeral service will be held at 11:00 AM on Thursday, October 19, 2017 at the Chapel of  Mowell Funeral Home, Fayetteville with Pastor Mike Stachura officiating. Burial will follow at Camp Memorial Park, Fayetteville. The family will receive friends on Wednesday, October 18, 2017 from 5:00-7:00 at the funeral home. The family loving request in lieu of flowers, donations be made to Wellspring Living, https://wellspringliving.org/
-------------------------
David Heller
David Herald Heller, age 70, of Fayetteville, died May 3, 2007. Mr. Heller was retired from Delta Airlines as a pilot and served in the United States Air Force. He was also a member of the Grace Evangelical Church of Fayetteville. He was preceded in death by his brother, Willard Heller, Jr. He is survived by by his wife, Carol A. Heller of Fayetteville; daughter Stephanie Hughes of Sandy Springs; son, Joel (Cindy) Heller of Fayetteville and his three grandchildren, Kaitlyn, Brooke and Joshua. Funeral Services are going to be held Sunday, May 6, 2007 at 3 PM in the Chapel of Carl J. Mowell and Son Funeral Home in Fayetteville. Rev. Gary Franklin and Rev. Mike Stachura will be officiating. Interment will be at Camp Memorial Park in Fayetteville. The family will receive friends at the funeral home on Saturday, May 5, 2007, 6-8 PM. The family has requested that memorial contributions can be made in Mr. Heller's honor to Fellowship of Christian Airline Personnel, 136 Providence Road, Fayetteville 30215. www.mowellfuneralhome.com. Carl J. Mowell & Son, Fayetteville. (770)461-7641.