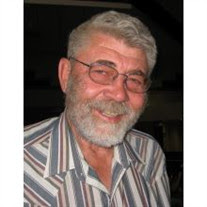 As noted in the May issue of ALPA, the passing of retired Northwest pilot Captain Larry Wade Morrison, age 75.  Captain Morrison joined Northwest Airlines 11-21-1966  He is survived by his wife Carol, their children and grandchildren.
Captain Morrison’s obituary information can be found online at
http://www.wrcfuneral.com/obituaries/Larry-Morrison-496/#!/Obituary
Whitepages lists the family residence as  (307) 837-2058  ..  (307) 837-0133
Adress:  14355 Clark Rd.,  Casper WY 82604-8755.
Should more information be received, we will be sure to pass it along.
Thank you,
~ Carol for the PCN
Death notice.....................
https://www.wyomingnews.com/milestones/obituaries/larry-morrison/article_d85d3982-f764-11e7-8847-1f929470707a.html
Larry W. Morrison, 75, of Casper died Jan. 9 at Life Care Center in Casper.
He was born Aug. 1, 1942, in Cheyenne.
Services will be at 2 p.m. Monday at Wiederspahn-Radomsky Chapel. Interment will follow at Cheyenne Memorial Gardens.
Condolences can be sent to www.wrcfuneral.com
Obituary...................................http://www.wrcfuneral.com/obituaries/Larry-Morrison-496/#!/Obituary
Larry Wade Morrison, 75, passed away Jan. 9th in Casper.   Services will be Jan. 15 at 2:00 PM, Wiedersphan-Radomsky Chapel of the Chimes, Cheyenne. Interment will follow at Cheyenne Memorial Gardens.
Larry was born in Cheyenne to Wade and Mildred (Lerwick) Morrison. He graduated from Cheyenne High School in 1960 where he was active in FFA and served as District President. Upon graduation he joined the US Navy serving on the USS Hector as an Electricians Mate. Larry attended Casper College and the University of Wyoming studying soil science. Larry was hired by Northwest Airlines in 1966 as a pilot. He retired from Northwest/Delta in 2002 as a 747 Captain. Larry purchased and began the 7X Angus Ranch in Washington State where he bred Registered Angus Cattle alongside his wife of 40 years, Carol (Nelson) and children: Jered, Kendra and Wayne. The 7X brand became internationally known for the genetics the cattle carried. In 1995 the Washington property was sold and the family and cattle relocated to Lingle, Wy. Larry was well liked by those who knew him. He referred to his love of cattle genetics as his “golf game”. Larry was slowed down shortly after his retirement by West Nile Virus that affected him until his death. Larry is survived by his wife Carol, daughter Kendra, sons Jered and Wayne (Kevie). Grandchildren Jordan and Jonah Morrison; Emily, Maggie, J.W. and Conor Morrison. Sisters Wanda (Scott) Young and Janet Darr. Numerous nieces, nephews, aunts, uncles and cousins. He was preceded in death by his parents and sister Karen Reek.
Condolences may be sent to www.wrcfuneral.com


In lieu of flowers donations may be sent to the Juvenile Diabetes Research Foundation and the Junior Angus Association.
Posted by death at 7:15 PM