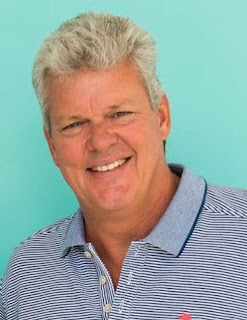 Sad news has reached our group with the unexpected passing of David Pickron, son of Delta Golden Wings member retired Delta Air Lines pilot Captain Charles and Peggy Pickron.  David, age 55, succumbed to a massive heart attack on May 19th.  He is survived by his wife Dana and their young daughter Olivia, as well as his parents Charles and Peggy plus many other family members.  Services for David were held May 25th in Florida.
To view the obituary online and sign the guestbook, please visit the funeral home website at
https://www.glickfamilyfuneralhome.com/notices/David-Pickron
Captain Pickron can be reached by email at cpickron@comcast.net
or better yet, personal condolences may be sent to the family at
6380 Westchester Court,  Cumming  GA 30040-7065.
Thank you,
~ Carol for the PCN
Obituary....................David Charles Pickron, age 55, of Delray Beach, FL and a former resident of Stone Mountain, GA, went home to be with his Lord and Savior Jesus Christ on Saturday, May 19, 2018.   Mr. Pickron was born in Hollywood, Florida on October 29, 1962 to Charles and Peggy Pickron.  He lived his early years in Plantation, Florida before moving to Georgia in 1976.  In 1981 he graduated from Tucker High School.
After high school, Mr. Pickron attended George College and State University in Millegeville, Georgia.  From 1988 to 1992 he was a Corporate Pilot with A.L. Williams Insurance.  In 1992, he moved to Delray Beach, Florida and started and operated City Pest Control, Inc.  In 1996, he married his longtime love, Dana Guthrie.
He is survived by his wife, Dana, of almost 22 years; his beloved daughter Olivia; his parents Charles and Peggy Pickron of Cumming, GA; a sister Cindy Kunis and her husband David of Suwanee, GA; a brother Robert Pickron and his wife Janice, of Deerfield Beach, FL; nieces Abby and Brooke Kunis, Kristen Buck, and nephew Kenneth Rutledge and a great niece and two great nephews.